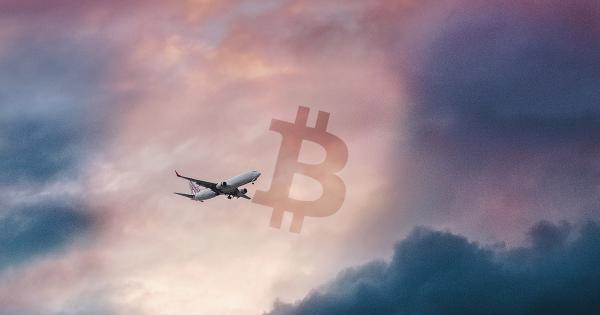 Upon rising to $6,900, the Bitcoin price saw an immediate rejection to the mid-$6,000 region, and some technical analysts anticipate a minor correction to come given the importance of the $6,900 resistance level, despite an optimistic medium-term trend.

Scott Melker, a cryptocurrency trader, said that a pullback to $6,000 would confirm a Bitcoin uptrend, providing a stronger floor for BTC to recover from.

“I would still love to see a retest of the 6K level as support. It would confirm the uptrend without leaving it behind to be tested further down the road,” he said.

The sentiment among traders following the bitcoin price’s abrupt drop from around $8,000 to $3,600 and its rapid recovery to $6,900 remains divided.

Some traders, like Placeholder partner Chris Burniske said that technicals suggest the bottom of Bitcoin is yet to be reached.

Burniske said that Bitcoin is likely to see a swift recovery after the global financial market stabilizes, but until the stock market effectively bottoms, Bitcoin remains vulnerable to a bear market continuation.

“But the next really strong support I see is our last bottom (low $3000s). Futures were offered around there in size last Thursday, and if there’s more bad news for the world ahead (there is), $BTC is unlikely to be spared. Once the world has stabilized, I do expect BTC, ETH and quality crypto assets to be some of the fastest recovering assets out there, but we’ve got a tunnel to navigate before then.”

However, a highly-regarded cryptocurrency trader known said that the Bitcoin price trend can only be evaluated on a case by case basis, and a clean break above $6,900 would trigger the resumption of a bull market for BTC.

Exchange data shows that the recent Bitcoin upsurge was primarily led by spot volume rather than futures volume.

That indicates investors are accumulating Bitcoin and other cryptocurrencies, and the move is not based on highly-leveraged markets.

In previous rallies, the Bitcoin price spiked to local highs as a result of spoof orders or fake buy orders attempting to cause fear of missing out (FOMO) amongst traders. That caused significant short liquidations, inorganically pushing the price of Bitcoin to high levels.

A spot volume-led accumulation phase shows that real retail demand is starting to come to the crypto market after arguably the steepest sell-off of Bitcoin in a 24-hour span on March 12.

Cryptocurrency investors have had their perspective and outlook on Bitcoin drastically changed by its recent price action, with its close correlation to the global markets nullifying its status as a safe haven asset and seeming to confirm that it is a risk-on asset.