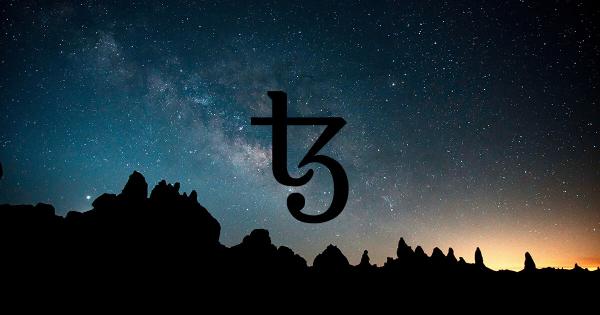 Today has been a great day for crypto investors, with the market posting some intense gains close on the heels of its recent capitulatory downturn seen exactly one week ago. This upswing has allowed Bitcoin to climb 17 percent, while Tezos and some other smaller altcoins have climbed 20 percent or more.

Although this price action may be emblematic of a delayed relief rally, analysts are generally anticipating Bitcoin’s current stability within the $6,000 region to give altcoins further room to rally.

Currently, Tezos is leading today’s market-wide rally, leading many analysts to note that its technical strength could allow it to climb significantly higher in the days and weeks ahead.

The aggregated cryptocurrency market saw an intense rally early this morning that came about after a prolonged bout of sideways trading.

This movement was led by Bitcoin, which raced from lows of $5,100 to highs of $6,300 before finding some resistance that has since slowed its ascent.

Many altcoins rallied in tandem with Bitcoin, with Ethereum and XRP both slightly outperforming the benchmark cryptocurrency, while some smaller altcoins like Tezos have seen the largest gains today.

At the time of writing, Tezos is trading up over 22 percent at its current price of $1.68, which marks a notable climb from daily lows of $1.35 that were set prior to this morning’s rally.

This intense upwards momentum has led some analysts to grow highly bullish on the crypto, with Ledger, a highly respected analyst on Twitter, telling his followers that he is currently setting bids on Tezos, offering a chart showing a target set at roughly $2.26.

UB – another popular analyst and trader on Twitter – explained that he is watching for XTZ to make a move up to its high time frame resistance that currently exists right around $2.00.

“XTZ – I’m long from the EQ. Invalidation below Green. I’m looking for a move up to the highs confluent with HTF resistance. I’ll be closing the majority of my position there.”

Unless Bitcoin loses its momentum and plummets lower in the near-term, it does appear that many cryptos like Tezos may be well-positioned to see further rallies.