For years, crypto financial services firms across the United States have been trying their hand at issuing publicly-traded Bitcoin funds (ETFs). 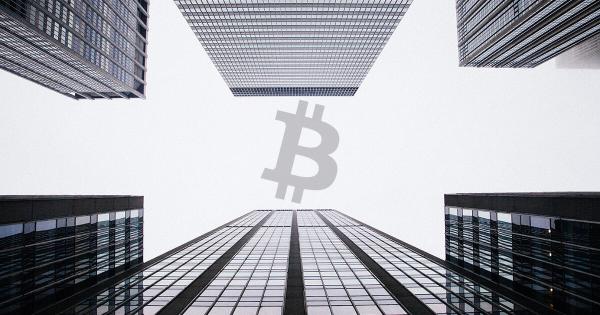 For years, crypto financial services firms across the U.S. have been trying their hand at issuing publicly-traded Bitcoin funds (ETFs).

Unfortunately for these hopefuls, the U.S. Securities and Exchange Commission (SEC) has long not agreed with these firms’ assertions that the Bitcoin market is ready for its own regulated, tradable fund.

In fact, in the past five years, the SEC has rejected or delayed its verdict on upwards of five proposals from an array of firms, often citing its concerns about the underlying nature of the cryptocurrency spot market.

Though, in a surprise turn of events, the financial regulator quietly approved a fund tied to the Bitcoin futures market just last week—a move that analysts say dramatically increases the chances for the approval of other funds in the near future.

According to a filing published on and dated Dec. 2, the New York Digital Investment Group (NYDIG) has procured a green light from the SEC to launch the NYDIG Bitcoin Strategy Fund, a portfolio fund in the Stone Ridge Trust Vl.

This fund will invest in cash-settled Bitcoin futures contracts traded on Commodity Futures Trading Commission-approved exchanges, like the CME Group, which has its own BTC futures contract. This means that the fund will never have any direct exposure to the coins on a blockchain when it launches. The filing reads:

The SEC’s approval of this fund comes shortly after a note published to the Federal Directory revealing that the agency would be revisiting Bitwise Asset Management’s physically-settled Bitcoin ETF proposal, which it denied earlier this year citing manipulation concerns.

There is a case for an ETF

According to a research note from Mike McGlone, a commodities strategist at Bloomberg Intelligence, shared by cryptocurrency commentator LightCrypto, the approval of the so-called interval fund from NYDIG improves the “odds of a Bitcoin ETF in 2020 to 50-50.” McGlone elaborated, writing:

“Approval shows that lobbying by issuers such as VanEck and Bitwise is starting to pay off.”

Not everyone is convinced

While the SEC itself has suddenly warmed up to Bitcoin, not everyone is convinced that the underlying spot market could support a fund.

Thomas Lee, the co-founder of Fundstrat Global Advisors and a noted Bitcoin permabull, said at an event in Singapore last month that BTC will need to trade 2,000% higher than it is today, meaning at least $150,000 per coin, to allow for “the market to cope with the daily demand of an ETF.”

There’s also been the opinion floated that the cryptocurrency market doesn’t even need a fully-fledged BTC ETF to succeed, in spite of the benefits it could theoretically bring.

CNBC contributor Brian Kelly said in an interview in October that with the entree of companies like Fidelity and TD Ameritrade into the cryptocurrency space, there is no need for an ETF:

Indeed, there are already signs that investors are seeking Bitcoin exposure through other means than an ETF. CryptoSlate reported on Dec. 6 that Charles Schwab, one of the largest retail brokerage firms in the United States, has noted that Grayscale’s Bitcoin Trust (GBTC) is the fifth most popular investment amongst its millennials clients, those born after 1981 and before 1996.

Brian Kelly founded BKCM in 2013 after experiencing a well-publicized conversion about the investment potential of Bitcoin and its supporting blockchain technology, an epiphany he chronicled in his book The Bitcoin Big Bang. Learn More