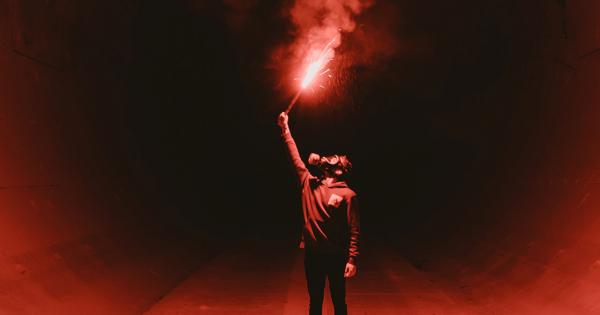 A recent “stress test” conducted on the Bitcoin Cash has caused controversy due to the apparently highly centralized nature of the BCH network. Conducted by anonymous developer “Bitpico,” the community-driven stress test purportedly revealed evidence that the Bitcoin Cash network is operating with a significant number of full nodes located on the “same server rack.”

The stress test was first announced on June 22, 2018, when Bitpico announced the launch of an attack that would leverage thousands of attack nodes over the course of 6 weeks, stating that 85% of all Bitcoin Cash nodes are located within two data centers:

The #bcash $bch @bitcoin attack has been started; it will continue to run as we work to amplify it over the coming months. We expect to have 5000 Bcash attack nodes in roughly 6 weeks and then we will multi-fork the chain. @rogerkver will now cry 😭. #hacking #skills #security pic.twitter.com/dR8ksy6Lz8

Stress Tester Has History of Unreliability

The Bitpico stress test which, according to its creator, combines “low-level TCP/IP stack attacks to high-level bitcoin cash protocol attacks,” was met with skepticism from the cryptocurrency community upon announcement, with many community members dismissing the threats of an attack as laughable.

Bitpico captured the attention of the crypto ecosystem during the late 2017 segwit2x drama by stating that the SegWit2x fork would occur regardless of the desires of the Bitcoin community at large:

“We are carrying out the fork regardless as everything is set in motion. Backing down the difficulty right now is a strategy. Wonder why 30% network hash-rate disappeared?  It’s ours; the miners that will continue what is set in motion… A handful of humans cannot stop what they have no control over”

Bitpico’s empty threats did nothing to alter the result of the Segwit2x debate, leading many cryptocurrency community members to ignore the results of the developer’s Bitcoin Cash stress test. The evidence gathered by Bitpico during the test, however, echo similar sentiments expressed by Bitcoin developer Nick Szabo.

The Case for Bitcoin Cash Centralization

Szabo announced concerns regarding the centralization of the Bitcoin Cash network in December 2017, referring to the network as “centralized sockpuppetry” and retweeting evidence gathered by software architect Sondre Bjellås that 54% of Bitcoin Cash nodes at the time were hosted by Alibaba.

In early 2018, Microsoft released a statement highlighting the threat to decentralization presented by block size increases such as those implemented by Bitcoin Cash, with Microsoft Identity Division Director of Program Management Alex Simons stating that layer 2 scaling solutions — such as the Lightning Network — are more effective and less centralized:

“While some blockchain communities have increased on-chain transaction capacity (e.g. blocksize increases), this approach generally degrades the decentralized state of the network and cannot reach the millions of transactions per second the system would generate at world-scale.”

Evidence purportedly captured by the Bitpico stress test demonstrated that 98% of all show nodes currently sit on the “same server rack,” which could potentially leave the Bitcoin Cash network highly susceptible to security threats or seizure.

98% of the shown nodes are sitting in the same server rack.

While the Bitpico stress test may claim that 49% of all Bitcoin Cash nodes are operating on Alibaba facilities, conflicting statistics published by BCHNodes show a fairly even spread between the US and China-based nodes. Bitpico, however, remains unconvinced.

We are coding a #bcash $bch network crawler because we don't trust some of these websites (why aren't they showing the bitPico Cash node count?); you know, don't trust verify.