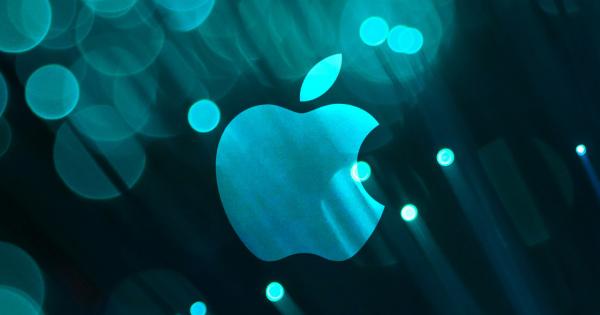 Jennifer Bailey, the vice president of Apple Pay, said that Apple was keeping an eye on digital currencies. In an interview with CNN, Bailey said that the company thought cryptocurrencies “were interesting” and that they had “long-term potential.”

Apple believes in the long-term potential of cryptocurrencies

With Facebook’s Libra being one of the most highly-covered topics in the media, other major tech companies have kept mostly silent on the issue of cryptocurrencies. Knowing that even the mention of digital assets is enough to spark a heated debate, it’s safe to say that the choice to keep it low is a smart one.

Apple, however, broke its silence, with a senior exec sharing the company’s stance of the ever-increasing asset class.

Jennifer Bailey, the vice president of Apple Pay, said that, while the company won’t be making any decisions on the subject yet, it was keeping a close eye on the sector.

In an interview with CNN‘s chief business correspondent Christine Romans, Bailey discussed cryptocurrencies as part of the wider discussion about the future of payment. She said:

While the company’s foray into cryptocurrencies is still hypothetical, some experts believe it could be the stimulus the crypto industry needs. Dan Ives, an analyst at Wedbush Securities, told CNN Business that Apple heading down the path of crypto would be a “major shot in the arm” for the industry. He explained:

“Given where Apple strategically is focused, a move into crypto could make sense given its sights on further monetizing its consumers over the coming years.”

Not everyone wants to let Apple dip its fingers into crypto

Exploring cryptocurrencies comes as a natural step forward for Apple, as the company has been looking to establish a strong foundation in the financial market. According to CNN, last month Apple launched its own credit card. The Apple Card, built into the iPhone’s native Apple Wallet app, is the company’s effort to speed up the adoption of Apple Pay, which has been surprisingly slow in the U.S.

Bailey said that contactless payment acceptance with U.S. merchants was around 70 percent, lagging behind the U.K. and Australia, where it was 85 and 99 percent, respectively.

However, the news about Apple’s possible venture into cryptocurrencies wasn’t well received. Historically, the crypto community was never to keen on large tech companies such as Facebook, Google, and Apple entering the industry.

And while many argue about the benefits it could bring to the space in terms of increased awareness and adoption, others believe it could strip people from the privacy and security decentralized systems bring.

Apple has announced “CryptoKit,” a new framework that will allow developers to perform cryptographic operations securely and efficiently.

Since the ICO fervor of 2017, software pioneer and Apple co-founder Steve Wozniak has been reluctant to join the blockchain sector.