The cryptocurrency market is currently awash with bullish predictions, with market analysts such as Thomas Lee predicting massive gains for Bitcoin by the end of the year. 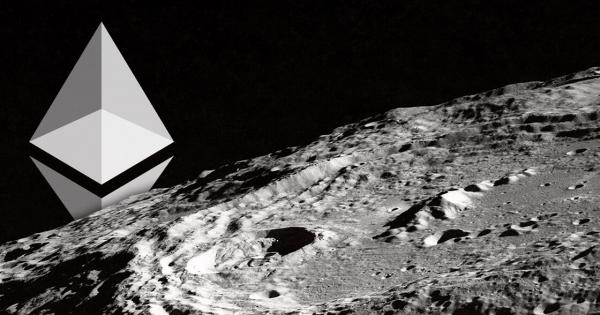 The cryptocurrency market is currently awash with bullish predictions, with market analysts such as Thomas Lee predicting massive gains for Bitcoin by the end of the year. Reddit co-founder Alexis Ohanian has recently joined the ranks of bullish crypto proponents, predicting that Ethereum will reach a price point of $15,000 by the end of 2018.

I misspoke in that @Fortune piece: I meant to say 15-hundred not 15-thousand by end of year for #ETH. Still bullish, though! https://t.co/SwnCdEWQep

In a recent interview with Fortune, Ohanian outlined his reasons for stepping away from Reddit in February this year and focusing on Initialized Capital, an early-stage venture capital firm founded with Y Combinator ex-partner Garry Tan.

During the interview Ohanian shared thoughts on the current state of the blockchain sector, stating that while many blockchain projects are “just hype and BS,” the future of the internet depends on distributed ledger technology:

“Most of the really vital, protocol-level, basic infrastructure around software and blockchain will need to get built in the next year or two for us to really see the Web 3.0 we’re really hoping for. These are the types of things I think will build the foundation for a very different, much better Internet.”

Ohanian holds a positive forward leaning stance toward cryptocurrency — when asked how high he believes Bitcoin prices will rise, Ohanian stated that he predicts that crypto prices will go “to the moon,” elaborating:

“I still hold a little bit of Bitcoin, and I think it has such mindshare that it will continue to be a store of value. I’m most bullish about Ethereum simply because people are actually building on it … At the end of the year, Bitcoin will be at $20,000. And Ethereum will be at $15,000. Great, now people can call me out if I’m wrong”

Not all of the blockchain projects that have caught Ohanian’s eye are serious in nature, however — the Reddit co-founder cited CryptoKitties, a popular blockchain-based virtual pet trading game, as a highly interesting application of the technology:

“It’s still early days, but you know, we’ve got a few CryptoKitties … We didn’t invest, but it didn’t surprise me one bit that they raised [funding] because they had the first real application. It’s easy to laugh at, but I think the first version of so many things looks like a toy and often has something to do with cats.”

According to Reddit co-founder, the relatively antisocial nature of cat owners, when compared to dog owners, leads them to spend more time on the internet as a social outlet, which places them closer to trends and innovation within the digital space.

While a massive run-up would undoubtedly line the pockets of speculators, Ohanian adopts a cautious perspective regarding the potential impact of market profiteering on the future value of cryptocurrency, highlighting the importance of a nuanced approach to regulation:

“Right now, it seems like we’re in a pretty low regulation environment in the United States. I would be surprised if there was anything other than a light touch. It’s important because there have been a lot of charlatans who have gotten into these initial coin offerings as a get-rich-quick scheme. It’s frustrating because it undermines what is a really innovative technology. These people should be punished full-stop.”

“[Regulation] should, do enough to punish existing bad actors and deter future ones” but must adopt a position that ensures regulatory bodies “don’t throw the baby out with the bathwater.”

The next step in the evolution of blockchain technology, according to Ohanian, is the entrance of late-stage startups that understand the UX and business portion of DLT integration in order to create products that are “beautiful and effective” to create a new internet:

“I was a kid in the 90s without much leverage when the first Internet was being built, so I see this as a hell of an opportunity. We’re still figuring it out. We still don’t have a Netscape, but it’s coming.”