One of the world’s top crypto law firms, Gresham International, announced this week that it submitted a proposal to begin working with the government of Paraguay on a raft of new cryptocurrency legislation.

In an exclusive provided to CryptoSlate, Gresham International Managing Associate Cal Evans said the proposal was made after the government had requested detailed information around the deployment of both cryptocurrency and blockchain opportunities. The focus was on laws that the government could implement rapidly for both long and short term maximum impact.

The proposal would see Gresham International working with the domestic government to assist them to create laws that would meet the needs of both the country and the cryptocurrency community. Something they have done before in other jurisdictions such as Labuan with the creation of new Security Token laws. Evans further elaborated:

“The government is very serious about introducing new cryptocurrency legislation which will make them a regional leader.”

During Evans’ top-level discussions with the government, it was understood that the country is now looking at cryptocurrency as a long term opportunity for both their citizens and foreign companies doing business in the country, although it is made clear that the country has no plans to develop its own domestic digital currency at this time.

One of the economical problems currently faced by Paraguay is nationals from other countries establishing mining operations within the country. These operations exploit the relatively cheap and stable electricity available, a situation not mirrored in every South American country.  After successfully mining, these foreign nationals then remove their cryptocurrency without paying any domestic tax. This removal without tax is due to the current tax laws not covering cryptocurrency mining.

These mining operations place a strain on the power network, a network that is purposefully kept cheap for the benefit of citizens using it in their day to day lives. Without giving anything extra to offset this additional strain, it doesn’t seem fair that the domestic users should have to cover the cost. By not paying any extra fees, mining operations gain a massive benefit without giving anything in return. This is a problem that the government is looking to change.

It is understood that during discussions, this was one of many issues addressed by the government that the new laws would look to solve. The government and regulators are keen to strike a balance between protection and attraction for those working in the cryptocurrency market. In doing so, Paraguay wants to stand out as a leader in the region, one which will attract investment, activity, and business — all of which would have a positive impact on revenue and the citizens of the Latin American country.

Promoted to the government in the proposal was also the possible positive impact of cryptocurrency exchange and more favorable trading laws for companies looking to do business in the country. All of which are being taken into consideration by the national legislature while they decide what laws to implement in the immediate session.

Paraguay is also acutely aware that its biggest trading partner China, is heavily involved in cryptocurrency and blockchain projects. They believe that by deploying some of the same technologies, it could show them as being, in an ideology sense, technologically equal to their Asian trading partner. Especially, with the roll-out of blockchain technology in areas such as transport.

Most of the new laws are expected to come into effect in 2020, providing that they are passed by the government. Meaning the question is not if, but when these new laws will come to fruition. 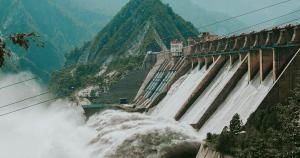 Since 2016 Gresham has assisted entrepreneurs, companies, governments, and groups launch their currency or token offering to market. Learn More ➛