By day - a director of an advertising agency in South Australia, by night - a bounty hunter in a transmedia game of murder, Russian barons, a billionaire tech genius on the run and a technology platform that immortalizes millions of people through their social media; Kimon Lycos has a lot on his mind. 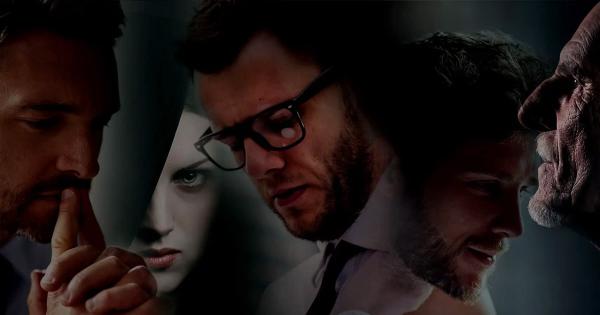 Back in 2018 he first had a germ of an idea to create an immersive experience with this rattling storyline. The thriller is told online through podcasts but there are clues peppered through this six-part audio feast which leads to online escape rooms, websites, easter eggs, puzzles and even interaction with the characters; the latter is provided through the medium of AI bots.

There is also a Discord channel where hardcore fans interact, even after they have finished the experience. Typically, most people take about two to three hours per episode, but some have completed them in as little as twenty minutes.

Asked if Forever has Fallen is a group game, Lycos is unsure.

“People are playing it both ways. We thought originally it might be an individual experience but as we released the different podcasts, we found it has become more like a virtual board game.”

The storyline is gritty, set in the near future, full of familiar faces, but also futuristic predictions (hello madam President!), laced with swearing, gruesome murders and modern tech. A tech billionaire, Karl-Axel Mattiasson, is hunted for murder and fraud. His company, The Forever Social, is a vast social media engine holding millions of people’s digital lives, is destroyed and the world goes into mourning. Mattiasson goes into hiding to try and find out who has set him up. This story world is populated with assassins, thugs, and twists and turns.

Testimony to the real-life feeling of the game is that a journalist in News Corp in Australia wrote a serious feature story on The Forever Social – using quotes from the fictional Karl-Axel Mattiasson. While it was an egg-on-face moment for the journalist, in fairness it also points to how carefully crafted all the elements of the game are presented. The attention to detail is legendary.

Since the story has taken so long to come into being, it has also bumped up against NFT technology.

“We were looking at the heart of the story, the Forever engine where all these deceased people lived on in a digital format and we wondered how we can create evidence for these people.”

They considered creating a memorial site for the thousands of non-existent dead people but that didn’t fly.

“We stumbled across the Polkadot community and suddenly it made sense. Karl Axel is a tech guy and of course, he would be into blockchain and NFTs. What if The Forever Social was experimenting with the blockchain and he – as his character – was using NFTs to create his digital entities?”

Lycos engaged a firm that uses generative adversarial technology to create unique human faces – otherwise termed people who don’t exist. A total of 10,000 former digital immortals were created with backstories, names, occupations, etc. However, what is not revealed initially is their individual uniqueness.

10,000 Digital Immortals do not yet exist

“It’s only when the profile is bought that the uniqueness is released. We have introduced them into the game and when all 10,000 are claimed then Karl-Axel can access more information to help him solve the mystery from the profile number 10,000.”

Given the involved nature of the community, Lycos believes that post-game these NFTs will have value and will be traded on the secondary marketplace.

It’s been a long four years and there have been times with Lycos could have thrown in the towel.

“Everything takes longer because it is new and this is the first time anyone has attempted anything like this. I’m very grateful for the first 100 people who signed up and the subsequent involved and committed community.”

Lycos is working with Unique.Network and Alex Mitrovich to create the NFTs.

“It’s been an amazing partnership – Alex and his team have won many awards and for good reasons. They have been instrumental in helping us craft our blockchain ideas.”

It’s a labor of love and not without its hiccups. It has also sunk Lycos’s time and money without any financial return to date. He hopes Forever Season Two and the introduction of the 10,000 people who do not exist will turn his ship around. It’s his passion and he can’t stop regardless.

To find out more about Forever Has Fallen, see here.