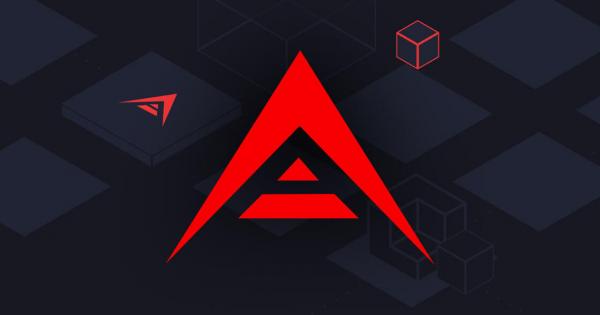 Ark is a fast, delegated proof of stake cryptocurrency that focuses on the interconnectedness of blockchains. Currently, Bitcoin and Ethereum are unable to transact with each other. The Ark team plans to change this through the use of Encoded Listeners and smartbridges. Ark is not just a cryptocurrency; it is an ecosystem intended to catalyze the mass adoption of cryptocurrency.

Ark addresses the number one issue plaguing blockchain development — interoperability. While distributed ledger technology is highly disruptive, it’s currently too decentralized. Disparate blockchain networks such as Bitcoin and Ethereum operate separate to one another, making it impossible to transact directly between them.

The Ark project is aiming to streamline the transfer of data and communication between different blockchains with “smartbridges.” Ark doesn’t want to only enable cross-chain contact. It also wants to make it possible for users to create their blockchain in a few simple steps.

These blockchains can be likened to an Ark equivalent of ERC20 tokens, but unlike tokens issued on the Ethereum blockchain, are wholly independent blockchains themselves. Ark’s Smartbridge technology allows all blockchains deployed via Ark to interoperate with one another.

Overall, the Ark concept addresses many of the scalability and usability issues that are present within the Ethereum ecosystem, while offering the same advantages.

Smartbridges have the potential to allow all blockchains to communicate with each other by using Encoded Listeners. Encoded Listeners are trustless middlemen who assist the Ark blockchain by carrying out decentralized operations.

The listener keeps track of all operations on each blockchain, and if an operation requires something from each chain, the listener will be used as a middleman, allowing the transaction to take place.

A smart bridge between Ark and Bitcoin finished around three months ago. After the Ark-Ethereum smartbridge is completed,  Bitcoin holders can interact with the Ethereum blockchain and smart contracts by using a Bitcoin-Ark Listener and then an Ark-Ethereum Listener. This creates a chain effect eventually leading to every single blockchain being able to communicate with each other.

Encoded Listeners will take a cut in exchange for their services, but this fee should be low due to competition. As more and more users set up their Listeners, most likely the cheapest one will be used, driving the price down.

$ARK– $BTC #SmartBridge has been completed! You can now deploy an Encoded Listener to connect #ARK to #BTC thanks to the ARK-ACES Team. More information in this blog post.https://t.co/Utblhl68Lu#blockchain #Interoperability #encodedlistener #bitcoin #fintech #arkaces #thefuture

Ark plans to allow its users to create blockchains on demand which will let users and businesses create their blockchain even if they have little to no tech background. This would allow anyone to have their blockchain, quickly and cheaply.

For users to create a blockchain, they will have to pay a fee in ARK. It has not been announced if this fee will be a flat or fluctuating amount, but the Ark team will do their best to create fee markets, thereby making the fees more competitive.

Ark’s point and click blockchains are currently 61% completed on their roadmap.

Ark operates through a Delegated Proof-of-Stake model, meaning its users vote for delegates who verify transactions. It costs 1 ARK to cast your vote, and 25 ARK to become a delegate. Multiple wallets must be created to vote for multiple delegates – each wallet gets one vote, but votes are weighted based on your wallet balance.

These delegates confirm transactions by running a node. All block rewards and fees are rewarded proportionally to the 51 delegates based on their total support from voters. After receiving their payout, the delegates give back to their voters.

Anyone can register to become a delegate, but only the 51 delegates with the most votes can verify transactions.

This encourages delegates to give their voters the best perks and rewards such as more frequent and more significant payout amounts. The official Ark team has a forum dedicated to users proposing why they should be an active delegate.

What are the Advantages of dPoS over PoS?

Delegated Proof of Stake allows for all holders to participate in securing the network and be directly rewarded for doing so. In ordinary Proof of Stake, there is often a minimum amount of currency needed to stake, as well as a significant technological barrier such as setting up your node. Ark’s dPoS allows anyone to vote from the comfort of their wallet regardless of their amount of Ark.

Delegated Proof of Stake allows faster block times – 8 seconds to be exact. Short block times are very convenient because you do not have to wait long for a transaction to confirm – in today’s fast-paced society, this is crucial for widespread adoption.

The Ark team is based in France and has already developed their working blockchain, while other massive projects such as OmiseGo and EOS still exist on the Ethereum blockchain. The Ark team is a well-known group of industry veterans and have a proven track record of accomplishing milestones on the product road map.

Ark is an open source project and is available for anyone to look at. The Github commits are frequent and detailed.

Thoorens is the CTO and Co-Founder of Ark. He was one of the leading developers for the Lisk project before he joined the Ark development team.

Another significant member of the Ark team is Lars Rensing, who is the CFO and another co-founder. Rensing’s expertise in the cryptocurrency space is valued by many, which has allowed him to be an advisor on several projects.

Their goal was not reached, so they offered ICO participants a refund. Most refused the offer, as they had confidence in the Ark team’s abilities. Despite the ICO’s failure, the team decided to continue work on the project leading to extreme returns for its investors.

Where to Buy Ark

Ark is trading on several exchanges such as Bittrex, Binance, and Cryptopia. After purchasing Ark on an exchange, it can be sent to a wallet, earning it ~10% staking rewards.

Currently, there are a few services on the Ark platform that have fees:

Ark plans to distribute physical payment cards similar to Monaco or TenX Pay Token. This is fantastic, as cryptocurrency has no borders, and can be used to transact around the world.

How to Store Ark

Ark is supported by the Ledger Nano S, one of the most secure hardware wallets available.

The official Ark wallet is also an option. It has a 25-word passphrase backup and a beautiful GUI.

As stated earlier ARK can be staked, allowing your stack to be compounded continuously. Expect around 10% yearly returns on your Ark.

Ark also recently released their mobile wallet. The Ark Mobile wallet has the same functionality as the desktop wallet but is optimized for mobile phones. Several months ago it was on their roadmap, and its progress was reflected there any time a Github commit was made.

The ARK team does not set deadlines – instead, they reflect their progress honestly. This is key in cryptocurrency, as often there is massive price fluctuation and volatility upon announcements.

The official Ark wallets allow users to pay 5 ARK in exchange for more words added to their wallets backup phrase.

Arks primary partnerships are with Ledger and Blockport. Ledger is one of the world’s leading cryptocurrency wallet sellers. Blockport is a decentralized trading platform, used by both beginner and advanced traders.

Both projects aim to help users succeed with little to no background knowledge of crypto.

Ark’s CFO, Lars Rensing, has taken an advisory role on the Blockport team and will be releasing more information about their partnership throughout 2018. Ark’s website also lists mentions from huge names like Forbes, Cointelegraph, and Yahoo Finance.

Ark has one of the strongest communities in the crypto-space. They have an very active Reddit with over 20,000 subscribers, as well as a large Telegram group.

Ark’s goals are incredibly ambitious, and if the team does everything they say they aspire to, they can be a serious contender in the blockchain world.

Encoded Listeners and smartbridges provide an exponential web effect on the interconnectedness of blockchains.

This web effect is very similar to the way Google connects the internet’s pages, which is why Ark is sometimes referred to as the “Google of Blockchains.”

For more information about Ark including price, market cap, technical information and social media links, please see our Ark coin profile or watch the video below.