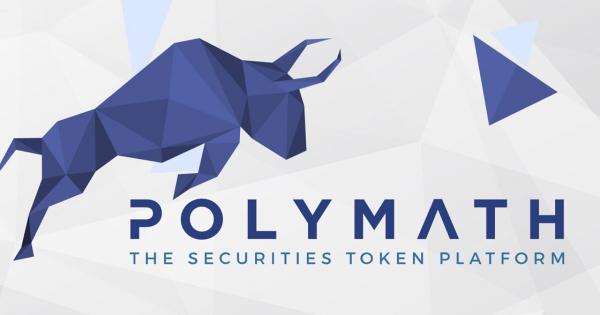 Polymath is led by Trevor Koverko, the New York Rangers hockey team draft pick, and tech entrepreneur. Koverko has also invested in several other cryptocurrency projects like Shapeshift.io and EOS.

Notable advisors include Erik Voorhees and Patrick Byrne from Overstock. According to the Polymath Linkedin profile, the team is located in Haggatt Hall, St. Michael.

Polymath is currently a top 75 market cap cryptocurrency and is selling for around $1.60 on Kucoin.

Polymath was distributed through a pre-sale, and a total of 230 million POLY were released. It appears they were sold for around .40 USD per POLY. That would mean any pre-sale participants are up over 4x on their investment.

The Polymath team predicts the size of the securities market to be 10 trillion by 2020. It will be interesting to see the effect this has on the price of Polymath.

These lockup periods are done to control the supply of the tokens in a transparent and fair fashion. If all tokens, including the team’s tokens, were released initially, they would have no incentive to continue working on the project.

What is a Security Token?

Investopedia defines securities as “a fungible, negotiable financial instrument that holds some type of monetary value.” An example of a security would be stock in a company like Apple.

Security tokens are digitized securities that are representing shares in a traditional financial asset. These coins can be exchanged and traded just like other cryptocurrencies.

Once the Polymath platform launches, customers will be able to pay for access. This payment can be in a few currencies like Bitcoin or Ethereum, but there is a discount or fee reduction when Polymath is used as payment.

Polymath holders are incentivized to hold the token because, as more and more people use Polymath’s services, the demand for the tokens will increase.

Why Would Someone Want to Use Polymath’s Platform?

A customer would want to use the Polymath platform for several reasons. The first being automation of dividends. Holders of certain securities can receive percentage dividends digitally, similar to how coin staking works now on Ark and NEO.

Polymath also has “KYC-aware” token technology, that assures each security token on its platform can only be used by whitelisted participants.

KYC is a way of checking the source of the funds given to a project by verifying the identity and legitimacy of the customer.

Polymath will accomplish “baked-in” KYC  by having mini-exchanges for each digital security. A whitelisted user on one mini exchange will not necessarily have access to another.

Once a token is on the Polymath platform, individuals will be able to authenticate their identity and residency allowing them to participate in an enormous selection of STOs (Security Token Offerings).

“Polymath empowers trillions of dollars of financial securities to effortlessly migrate to the blockchain.”

Currently, there are very few security tokens as the laws and regulations governing them cause them to be expensive and time-consuming to pull off legally. We have seen several security tokens such as Metal Pay get delisted off of exchanges like Bittrex.

A demo of Polymath’s platform is available on their site, and it shows the process of creating your own token. They ask you questions about your project and allow an ST-20 token to be created easily. Sample Questions Include:

You will also receive one free Polymath token for trying it out. Polymath believes that the digitizing of securities will allow over 2 billion unbanked people to interact with securities.

Why are ICOs and STOs a Problem?

In the past two years, initial coin offerings have raised over $4 billion. Out of all the ICO’s before 2018, not one of them has registered through the SEC (Securities and Exchange Commission). This is a massive problem for the SEC, as they are responsible for protecting investors.

Polymath’s security token protocol includes regulatory requirements into the tokens themselves, allowing the simple and legal creation of digitized securities. 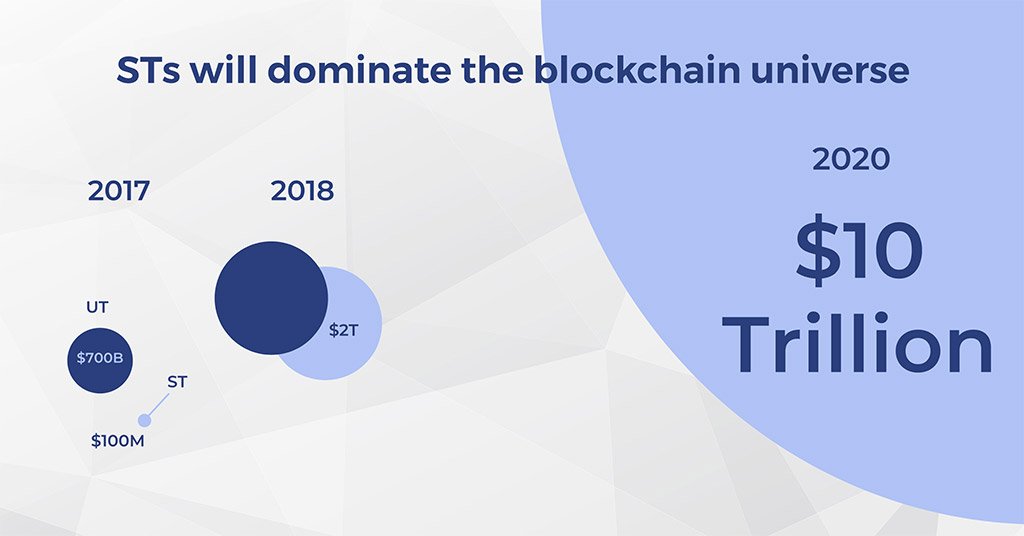 Some ICOs have made inaccurate and/or fraudulent claims in an attempt to mislead their customers. The SEC is having difficulty controlling this new technology and is stepping up their game when it comes to protecting consumers.

This is why several ICOs are currently only accepting accredited US investors. The class-action lawsuit against Tezos, an ICO that raised $232 million, exemplifies the worst of what can happen in an uncontrolled ICO environment.

Polymath recently brought tZERO as advisors. Both projects are working together to create a booming security token industry.

How to Store your Polymath

After purchasing Polymath on an exchange like Kucoin, you will want to send it to a secure wallet. Polymath runs on Ethereum’s blockchain, so for the most part, if something can store Ethereum, it can store Polymath. The app’s interface may not show that it is being stored, but websites like Ethplorer can be used to take a look at an Ethereum address.

Ledger Nano S is a good option because it is a hardware wallet with several lines of security. A PIN code is needed to first access the device, and a 20+ word passphrase is used to allow you to recover your coins in the event the wallet is broken or stolen.

myEtherwallet is another alternative that uses a web interface to set up a secure ERC20 token wallet.

Where to Buy Polymath

Polymath was very recently added to Kucoin, which made it easier for people to obtain. Previously, it was just on decentralized exchanges like EtherDelta and IDEX. Some people decided not to use these exchanges because they are “difficult,” so the KuCoin addition could be the reason behind the recent price increase.

Polymaths Reddit community has around 1,800 subscribers, while their Twitter page has 15.2k followers. Polymath prides themselves on having the largest Telegram group of over 50,000 users. They have created a second Telegram channel because their main one has reached the Telegram cap.

Polymath’s platform has the potential to completely change the way securities are traded and maintained. If pulled off properly, Polymath could truly be the Ethereum for securities. As Polymath likes to say, the stampede is imminent.