Justin Wu Is Bringing the Seattle Blockchain Community Together [INTERVIEW]

Home to Amazon, Microsoft, and now over twenty blockchain startups, Seattle has fostered technological innovation and entrepreneurship for decades. 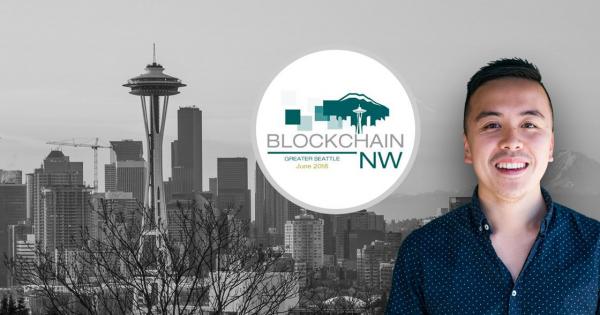 Photo by jim z on Unsplash

Home to Amazon, Microsoft, and now over twenty blockchain startups, Seattle has fostered technological innovation and entrepreneurship for decades. Justin Wu, an early-adopter of cryptocurrency and blockchain community leader, is organizing the first-ever blockchain conference to be held in the tech capital of the Pacific Northwest, Seattle.

Since high school, Justin Wu co-founded several startups related to growth marketing and online services. Some of these include both Vytmn and Growth.ly – businesses revolving around growth marketing, one as a platform and the other as a service – in the past three years.

Discovering blockchain and cryptocurrency in early 2012, Wu began delving into the nascent industry using his marketing skills to grow projects like CoinMKT, an early altcoin exchange later acquired by ANX.

Wu then left the blockchain industry to pursue other projects but returned when the industry began to develop in 2017:

“Once crypto and blockchain started getting a lot of focus again, I started to kind of make a decision for myself saying, well if I really want to know if this new run if this industry is for real or not, I have to just jump back into the business of blockchain again and really get to the forefront…”

Wu is currently co-founder of Blocknauts, a Token Growth Advisory firm based out of Los Angeles.

In addition to his companies, Wu has taken on the role of community leader in the emerging and globally-dispersed blockchain industry – currently organizing the first-ever Blockchain Conference held in Seattle, WA.

Despite being the headquarters to some of the nation’s largest tech companies, Seattle remains relatively quiet and uncharted in the blockchain world.

When asked why Seattle has not yet held a major blockchain conference, Wu replied:

“Seattle is a very engineering-heavy city, so there’s not that many people that have been focusing on community-building, marketing, and growth and also too I think everybody has been just focusing on building and also too most event organizers and other people out there have overlooked Seattle for everything. Seattle is an underdog, underrated city overall…”

Wu hopes to influence Seattle’s modest nature by embracing a community that is welcoming of collaboration and collective growth through Blockchain NW, to be hosted on the Seattle Waterfront on June 5, 2018.

Unlike other blockchain conferences, Wu aims to foster an environment focused on the applications and impacts of distributed ledger technology rather than center attention around ICO promotions.

Explaining what distinguishes the Blockchain NW from other conferences, Wu stated:

“There’s conferences popping up left and right now. A lot of them now have been focusing heavily on crypto itself and not blockchain technology. We’re really focusing on building from both the business and technical applications and use-cases for blockchain across industries and also blockchain alternatives with distributed ledger technologies… developers, scalability projects, protocols and just really focusing on those building and putting good use to blockchain.”

With engineers migrating from Silicon Valley and new blockchain projects emerging daily, Seattle is poised to become the next platform for blockchain innovation and industry growth.

For more information on the upcoming Blockchain NW, please visit the website here.