The VC Juggernaut Awakens: Institutional Capital, Blockchain Startups, and You 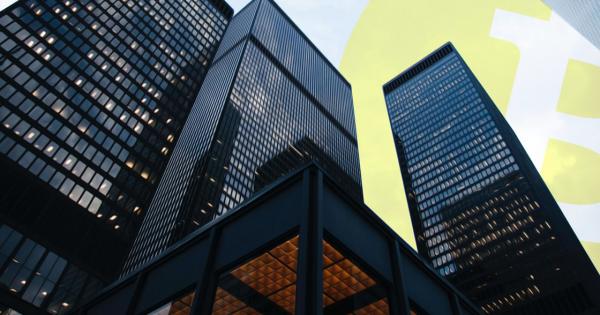 In 2017, the initial coin offering model promised to disrupt the venture capital finding paradigm, providing innovative blockchain platforms with the means to generate capital outside of the traditional financial ecosystem. As institutional interest in the volatile and profitable cryptocurrency market increases, however, venture capital is now entering the fray in an unexpected place — blockchain accelerators, incubators, and pre-ICO startups.

The cryptocurrency ecosystem is proving to be fertile ground for venture capital investment but presents a number of legal concerns regarding the regulatory status of initial coin offerings. As a result, institutional funding is now being funneled not toward initial coin offerings themselves, but instead to early-stage blockchain projects in a pre-ICO stage, or blockchain accelerators and incubator programs.

While accelerator programs and incubators have existed in the traditional market ecosystem for some time, the rapidly evolving blockchain sector is the ideal environment for fast-moving, innovative concepts to thrive.

The purpose of accelerators and incubators in the blockchain sector is to support new concepts and the entrepreneurs behind them, assisting them with business development and connecting them to VC funds that aim to capitalize on the cryptocurrency market.

The benefits of investing in a promising project at a pre-ICO stage are obvious — institutional investors are shielded from the regulatory risk associated with investing directly into initial coin offerings, and are able to capitalize on the success of an ICO from an equity state in a project. 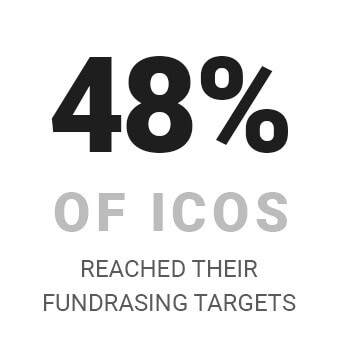 The initial coin offering market exploded over the course of 2017, generating more than $5.6 billion in startup capital. Not every single ICO that launched, however, succeeded in reaching their funding goals. A report published by Fabric Ventures in cooperation with TokenData shows that of the 913 ICOs identified, only 48% achieved their funding targets.

Notably, the presence of equity financing within the blockchain startup environment is assisting promising platforms in meeting the evolving demands of ICO investors, who increasingly want to invest only in projects that are able to demonstrate an MVP or present a more developed business proposition.

With institutional interest in distributed ledger technology set to dramatically increase over the course of 2018, the blockchain ecosystem is set to receive a much-needed boost in available capital — but that doesn’t necessarily mean trading volumes will increase. What it has resulted in, however, is the legitimization and maturation of the blockchain startup ecosystem and the creation of a number of VC-backed funds designed specifically to identify and invest in promising blockchain projects.

Recent movement within the venture capital space has seen Blockchain Capital, a new venture capital firm focused solely on the blockchain technology sector, generate an additional $150 million in the fourth round of fundraising, contributing to the $100 million worth of assets under the firm’s management.

It’s not only new crypto-specific VC funds investing in distributed ledger technology, either. Incumbent venture capital and private equity firms such as Insight Venture Partners have begun to shift their focus to blockchain startups.

VC’s, however, are generally interested only in blockchain projects that have demonstrated significant promise for success — a requirement that often places proof-of-concept or solely white paper-based pre-ICO concepts out of the running.

Insight Venture Partners Managing Director Lonne Jaffe emphasized the importance of organizational maturity when selecting companies to invest in during an interview with Bloomberg earlier this week:

“It’s a good time to be cautious. You’re not missing any boats. We’ll invest once the companies are hitting on all cylinders and are starting to scale up.”

So where do early-stage blockchain projects position themselves to capitalize on the growing interest of venture capital funds outside of the ICO model?

In the traditional startup ecosystem, the differences between incubators and accelerators are clearly defined. Incubators are geared toward the construction of an entire business around a promising concept, and may last anywhere up to five years. Accelerators, on the other hand, are focused on scaling existing businesses, commonly operating over a three to six month period.

In the decentralized world of the blockchain, however, the line between the two becomes blurred.

The fast-moving nature of distributed ledger technology development necessitates a fast incubation process, developing a functional business model from a promising project in a short amount of time.

The same process requires a similar level of mentorship and guidance as is offered by accelerator programs, leading to the creation of a new hybrid accelerator/incubator model that fosters rapid development and launch in the competitive blockchain ecosystem.

Most importantly, however, these hybrid accelerator/incubator models expose blockchain startups to venture capital firms that are interested in investing in them. This process, however, takes many forms.

Some accelerators, such as the Bank of England FinTech Accelerator, offer startups an accelerator/incubator environment specifically focused on incorporating blockchain technology into the existing technology used by the organization.

Huobi Labs, a blockchain incubator that functions as an arm of high-volume Chinese cryptocurrency exchange Huobi, offers startups both advisory services and funding. The Huobi Labs incubator has already contributed to a number of blockchain platforms, including IOStoken, but doesn’t connect startups with venture capital — instead offering startup capital from Huobi itself.

ColliderX, however, is a wholly unique beast — instead of offering centralized VC funding, ColliderX proposes an open-source development model in which anybody is able to submit a project or pledge funds to promising concepts in an environment that fosters collaborative open source research.

That’s Great — But What Does it Mean for Your Portfolio?

Outside of directly opposing fiat currency, cryptocurrencies and the initial coin offering model represent an unregulated, uncontrollable force when assessed by regulatory bodies such as the US SEC, and are thus met with a strong reactionary response.

As the cryptocurrency market begins to self-regulate and institutional investment in projects at a pre-ICO stage establishes a more mature ICO market regulatory pressure will decrease, catalyzing increased adoption, trading volume and demand — ultimately driving up the value of any given HODLers portfolio.

While institutional interest in blockchain startups may yield minimal results in the short term, its long-term impact is a positive omen for the future of cryptocurrencies in general. In the meantime, it’s definitely worth paying attention to where institutional capital is flowing, and why.