Chile is one of the most prosperous and politically stable countries in Latin America, according to its president, Sebastián Piñera.

In an interview with the Financial Times in October, Piñera affirmed:

“Chile looks like an oasis because we have a stable democracy, the economy is growing, we are creating jobs, we are improving salaries and we are keeping macroeconomic balance.”

A few days after his remarks, the country was rocked with a massive wave of demonstrations and looting. Although the unrest began over subway fares, it grew into a broader protest. The combination of low wages, rising living costs, high-priced drugs, and negligible pensions outraged Chileans who took to the streets to seek economic equality and political inclusion.

CryptoSlate recently had the opportunity to chat with Claudio Didier, a Chilean protestor and Bitcoin advocate, to understand the impact that cryptocurrencies have had in the nation as the demonstrations continue.

What is your personal story and what do you do professionally?

Claudio Didier (CD): My name is Claudio Didier from Chile. I’m 26 years old. I am a Sound Technician and Musical Producer and got into bitcoin during September 2017 when its price started breaking records. From that moment I decided to make a small investment meanwhile I also started to learn about altcoins and the interesting and diverse projects behind each one of them.

Tell us what is happening politically in Chile right now? What are the people protesting and fighting for?

CD: The social crisis began when the subway system decided to raise the cost of a ticket by ~0.042 USD for the second time this year.

Student groups started to do mass evasions in the subway in order to protest and more people joined the cause.

As the days followed, the movement started to take form and go deeper into the social injustices and inequalities of the Chilean system, the deficient pension system, the low salaries, the poor public healthcare and ultimately the desire to have a new constitution to make fairer laws.

But the violence soon arrived and a big number of subway stations and supermarkets were burned which made violence escalate quickly and General Iturriaga declared a curfew in Santiago.

People are now protesting for all these reasons but not getting real solutions and not even in a reasonable amount of time.

Also, one of the most tangible things happening is a growing hatred towards the Chilean Police and the price of the dollar spiking from 719 CLP to 813 CLP in less than a month.

How do the people of Chile view the current government leadership?

CD: People have lost trust in government and political parties. President Piñera is seen as inefficient and as someone not looking for real solutions for the people but to defend the status quo. Also, Chilean Police is seen as a corrupt and brutally violent institution.

What is the blockchain and/or crypto community like in Chile right now? How are people using this technology? What is the government’s view?

CD: There are some communities such as Asociación Bitcoin Chile, that are making a good job in educating people on bitcoin tech and the crypto ecosystem. They have a telegram group called Bitcoin Chile and periodically make night events to talk and teach about the subject.

Also, there are a few developers working in their own blockchain-related projects, and also I would like to mention what some Chileans and Venezuelans have been working on; something called Locha Mesh, that is a device to chat and send bitcoin using radio waves (offline, no internet!)

In Chile you can spend crypto using a service called “Cryptocompra” by flow.cl and cryptomkt.com, so you can shop in more than 5000 local services.

Crypto is not often talked about by the government, but like many governments, they don’t believe in its value

What impact do you think Bitcoin and crypto will have on the Chilean people over the next decade?

CD: I think it all depends on how well developers and entrepreneurs play their game in convincing people about the benefits of using crypto and their ability to make it easy to use for the public. But I have no doubt crypto will make it. Also, I had the chance to speak with the people in the protests about the imminent inflation and global economic collapse that is coming. I believe in Bitcoin as a safe haven and that fiat money is a time bomb.

What are the biggest obstacles for the mainstream adoption of crypto in Chile?

CD: The lack of knowledge and disinformation. Also, I would like to see more institutions promoting the tech and an easy-to-use platform to spend crypto through the phone.

CD: I’m a big fan of IOTA and the internet of things tech in general. Also, I’m very excited about the development of the Lightning Network.

CD: I believe the Lightning Network will take over, hopefully with a more friendly and easy-to-use platform and Bitcoin price will gradually increase.

CD:  I think Bitcoin will outperform every other asset in the next couple of years and also gold and silver. While fiat money devalues, bitcoin will do the opposite, making no-coiners become slowly the poorer class. 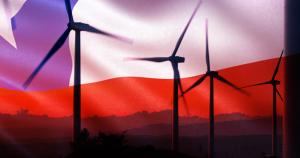 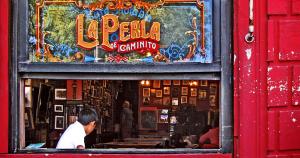