Making Crypto Trading a Possibility for Everyone

Photo by Ryoji Iwata on Unsplash

Whatever your views on it, there’s no getting around the fact that cryptocurrencies are one of the biggest, most exciting topics in the finance industry right now. Every media channel seems to be homing in on their potential, and it’s becoming increasingly difficult to ignore.

The story of crypto itself is an interesting one. It’s a brand new concept that has shaken things up like never before in the finance industry and has opened up a whole new world of possibilities in virtually every industry.

In its early days, cryptocurrency was mostly ignored and seen as a niche market. It had its own devoted set of enthusiasts, but it remained mostly unheard of in the mainstream news. Initially, the excitement was built around the idea that Bitcoin represented a new way of conducting finance–one that wasn’t beholden to big established banks or dominated by the wealthy and influential.

It also allowed people without stacks of cash and powerful connections to make it big. People were excited and inspired by stories like that of Alan Aronoff, who turned an $8,500 investment into millions in just a few months through shrewd crypto trading.

But now those lofty ideals seem to be in danger. Crypto is no longer the sole domain of passionate enthusiasts—a lot of wealthy people have now jumped on the bandwagon too.

This has, understandably, sparked worries that this famously inclusive and accessible market may soon be dominated by the rich—just like traditional finance. The question is: why is that happening, and what can we do about it?

Why the Rich are Already Dominating the Crypto Space

There are many reasons why wealthier people have a significant advantage in most areas of trading. With crypto, though, there’s one big reason why the cash-strapped are struggling to compete with the wealthy. More than anything else, it’s because they can afford to use sophisticated algorithms to help make better trading decisions.

Algorithms and automation are becoming increasingly important aspects of the finance industry. We’re still some way off from a world where they completely replace humans, but even this could be significantly closer than most of us think.

The reason why algorithms are so popular, and why good algorithms are so sought-after, is because they are extremely useful. Where humans are reckless, disorganized and unpredictable, machines are the exact opposite.

Automation and machine learning brings consistency and discipline to trading while minimizing emotional errors and careless behavior. Even if they don’t have the ability to completely replace people, it’s easy to see why so many are already using them as assistants.

In fact, the crypto industry could be even more suited to the use of sophisticated algorithms than the traditional finance industry due to the exceedingly high levels of volatility. Machines can monitor trades on an ongoing basis, responding to rapid changes in the market consistently without requiring breaks.

Despite all the advantages of using algorithms, the main problem is that they aren’t available to the vast majority of the population. It requires a significant level of skill to be able to code a trading algorithm that actually works, and even more to build one that is successful.

This is not an issue for large corporations, as they can afford to simply hire experienced programmers to construct their algorithms. However, for the average user, the majority of these algorithms are inaccessible.

As a result, to level the playing field and tackle the widening gap between millionaire investors and ordinary people, we need to make algorithms accessible to everyone. In theory, this sounds complicated, but with the rise of platforms dedicated to doing exactly this, it could be a lot simpler than most people think.

Trading Automation for Everyone

Allowing ordinary investors to build their own algorithms easily and affordably is a goal that lines up closely with crypto’s fundamental values.

One company that is trying to make this a reality is Capitalise, a SaaS platform that allows users to enter instructions in plain English to construct an automated trading strategy. The tool then creates an algobot that is ready to be executed on an exchange of your choice immediately. 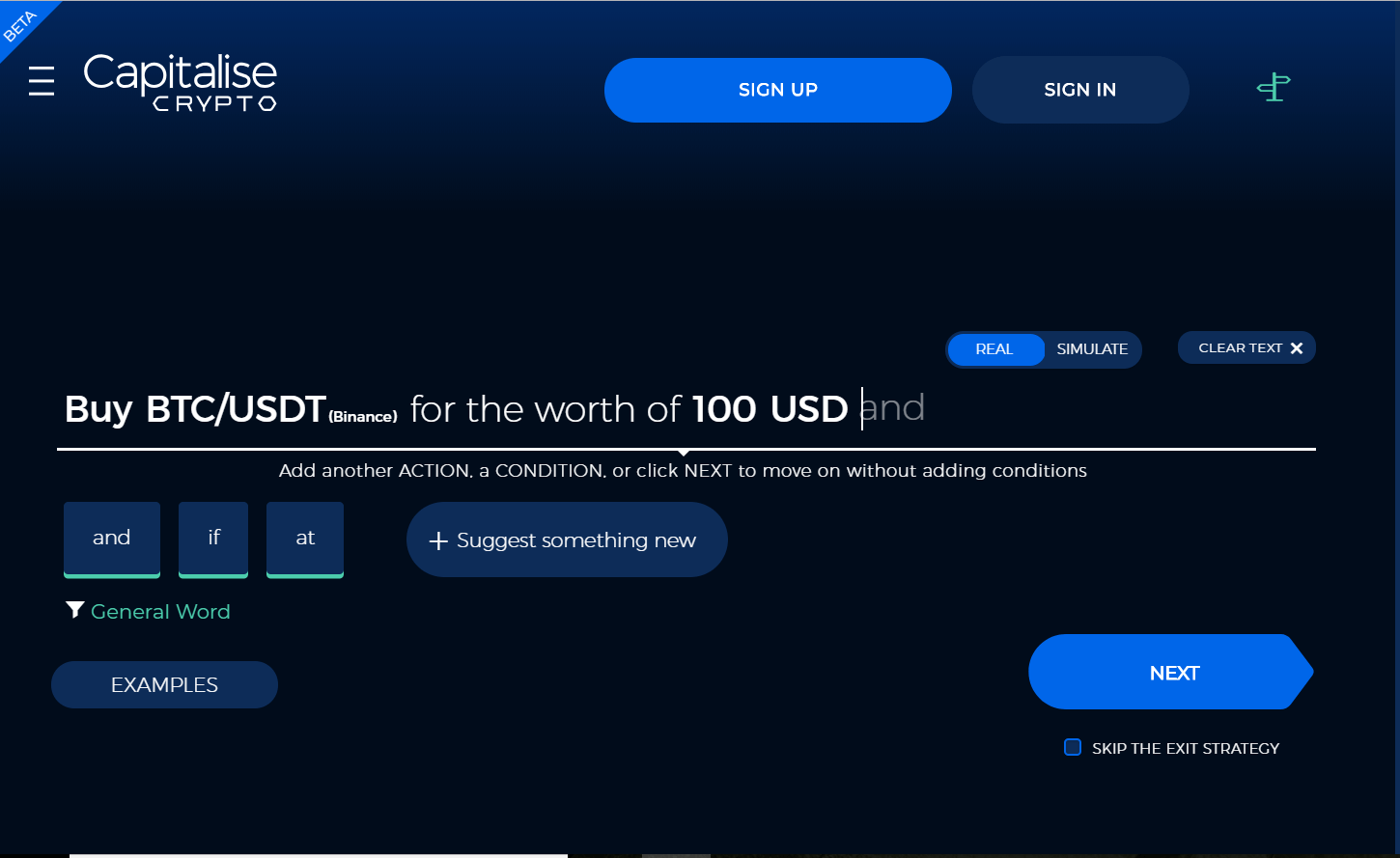 The platform itself is user-friendly and impressively detailed, giving traders a level of control over their trades that is hard to find elsewhere. Users who build successful algorithms will also be able to sell them to others within the platform to monetize their talent whilst helping others.

It is hoped that by working to make such sophisticated algorithms accessible to everyone, the cryptocurrency industry will remain a space with opportunities available to everyone.

Despite rallying by over 100 percent from the lows, Ethereum is not yet in a bull run.