Trader: Bears won the short term fight for Bitcoin, what happens next? 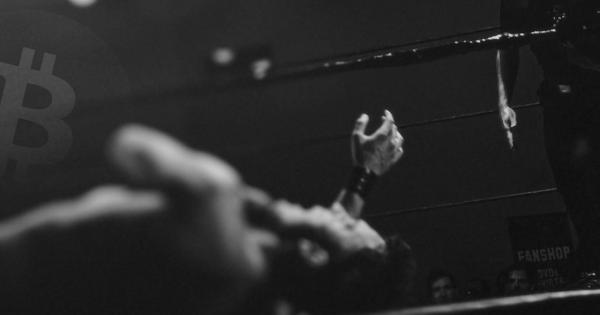 Subsequent to the near 20 percent pullback in the Bitcoin price, trader Nick Cote said that bears won the short term fight with more room for a deeper correction in the cryptocurrency market.

More than $600 million worth of long contracts were liquidated on BitMEX on the day the Bitcoin price plunged to $8,000, causing investors to flock to Tether.

In the short term, traders and technical analysts like Cote and Josh Rager have said that the Bitcoin price could fall to lower level supports in the range of $6,000 to $7,000. Cote said:

“Bitcoin can be bullish long term, and still see a significant drop in price in the short term – Price has already fallen close to 20% with plenty of room for more. Bears won the short term trade, just accept it and move on. Smart bulls don’t over leverage themselves.”

In the medium to long term, however, Cote noted that he remains bullish based on the strong fundamentals of the dominant cryptocurrency.”

Although key indicators like the Relative Strength Index (RSI) demonstrate oversold conditions for the asset, based on the intensity of the drop and the breach of important support levels, technical analysts foresee a bigger drop considering the lackluster reaction of Bitcoin to hit $8,000.

The daily volume in the Bitcoin market remains substantially lower than the figures seen in July in spite of the sell-off in the market, which may indicate that the price could fall lower before more investors find the appetite to re-enter the market.

In late September, when the Bitcoin price was hovering at around $9,700, a trader known as “Light” said:

“Fifth time price comes down here, most participants’ neck hair is raised as $6,000 flashbacks start to grip harder. Can’t imagine someone stepping in this time, risk is too high to get stuck in the liquidity gap below.”

However, Cote said that the short term trend of Bitcoin changes regularly and that it is of the utmost importance for investors to establish a long term thesis with a clear macro view.

“Dollar cost averaging on Bitcoin as proven itself to be a valuable and lucrative long term investment strategy, but it’s a terrible short term trading strategy if you are leveraged up. I’ve been a bull for the past 7 years and continue to be a bull long term.

Short term sentiments flip flop all the time, as any good trader should be comfortable with doing. Your job is to capture alpha, not clout. So ask yourself: Are you in it for the short term gains, or long term investment? Deploy funds accordingly.”

Medium to long term catalysts that could fuel the recovery of Bitcoin includes the upcoming block reward halving, the emergence of well-regulated trading venues, and rising developer activity, all of which are expected to increase the liquidity, efficiency, and scarcity of the cryptocurrency.