John McAfee took aim at the centralized cryptocurrency exchange paradigm this week, firing a salvo of warlike tweets at 9th-highest ranked crypto exchange HitBTC and calling for a boycott of the platform. 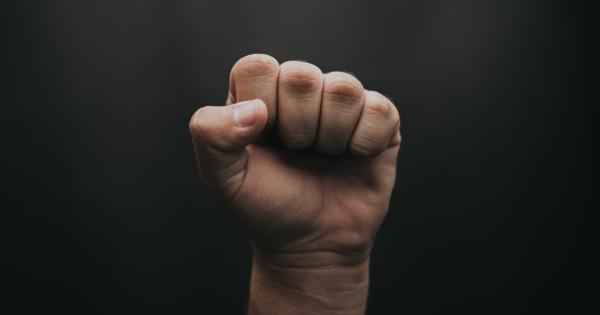 Photo by Luis Quintero on Unsplash

John McAfee took aim at the centralized cryptocurrency exchange paradigm this week, firing a salvo of warlike tweets at 9th-highest ranked crypto exchange HitBTC and calling for a boycott of the platform.

McAfee’s rage against the exchange began on June 28, 2018, when the idiosyncratic security expert retweeted a post calling out the Hong Kong-based platform, highlighting the fact that the current market model is controlled by centralized exchange platforms that resemble the oligarchic structures that the blockchain revolution is designed to supplant:

The crypto exchanges have become the thing that we have originally fought against. Their power is immense. Hitbtc, for example, has increased suffering for millions of poor people who cannot afford the minimum buy-in since it is greater than their monthly income. Boycott them.

McAfee Wants You to Fight for Decentralization

McAfee’s all-out assault on HitBTC appears to originate from a tweet originally posted by a McAfee executive team member, which was subsequently retweeted by McAfee with a call to arms.

The Crypto World must stand together before moving forward! https://t.co/sgvUU81hGL

The core issue appears to be the amount of leverage HitBTC holds over its user base. Blockchain cybersecurity platform Hacken recently launched Crypto Exchange Ranks, which ranks exchanges based on liquidity, compliance and reliability, public opinion, and more. CER ranks public opinion of HitBTC with a rating of 4.18, the seventh-worst platform of all exchanges tracked.

The highly negative community response to HitBTC appears to be partly due to ongoing withdrawal and deposit issues that are reported extensively throughout the cryptocurrency community. The HitBTC subreddit — an indicator of community response to any given blockchain platform — largely consists of inexplicably locked accounts, withdrawal failure reports, and ongoing support issues.

McAfee, however, appears to be ready to take the fight against shady exchange practices beyond exchange review platforms, declaring himself nemesis to HitBTC until the platform is able to provide that it is aligned with the cryptocurrency community at large:

.@hitbtc I will be your worst enemy until you prove that you are aligned with our community and are truly interested in helping the poor. You have not done shit to help access the only free healthcare in the world.

While McAfee’s campaign against HitBTC is currently limited to social media, the renegade security expert raises a highly valid point regarding the centralized architecture that drives the most highly-trafficked exchanges in use within the current cryptocurrency market paradigm:

I fired the first shot in the war that must be fought. Our exchanges are connected to our banks and our governments. To take down the entire system, we must first take down our exchanges. Distributed exchanges are coming. I have singled out @hitbtc becase they are the worst.

The exchange wars, according to McAfee, are only just beginning. Until widespread cryptocurrency adoption occurs and it’s possible to pay for goods and services directly with cryptocurrencies, exchanges function as a bottleneck through which intangible cryptocurrency can be converted into tangible real-world value.

Cryptocurrencies may hold unlimited inherent value, but as long as the value transfer bridge between the digital and physical realm is restricted by centralized platforms, a blockchain revolution will fail before it materializes. Any centralized exchange is susceptible to the influence of the legacy power structures that are threatened by cryptocurrencies, and are thus antithetical to blockchain technology itself.

Decentralized exchanges, or DEXs, promise to liberate the cryptocurrency market from the influence of “trusted” third parties by allowing market participants to trade in a truly distributed peer to peer manner. While DEXs currently have their own issues — notably, they can’t offer crypto-to-fiat — they do solve many of the issues present within the current market and are essential to the future of blockchain innovation.

DEXs hold the potential to completely eliminate the ongoing manipulation present within the current crypto market and provide a solution to the liquidity problem, but the most important benefit decentralized exchanges offer is that they are completely outside of the influence of centralized power structures:

Decentralized exchanges are the wave of the future. They can never be shut down by governments or any regulatory agency.