The crypto market plunged on the back of massive funding rates and Evergrande’s bond default. 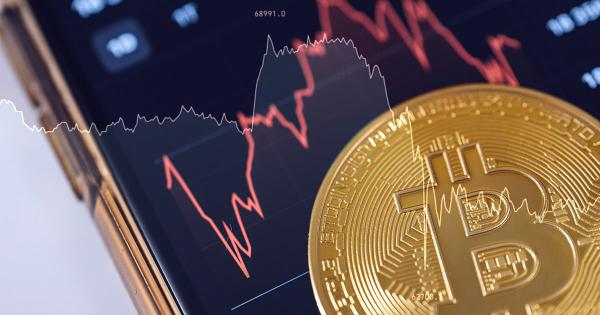 Bitcoin fell nearly $4,000 in a steep plunge this morning, taking with it the broader crypto market and causing over $500 million in ‘long’ liquidations.

Funding rates were high across the board on Tuesday, leading to some traders commenting on an impending market drop. “Open interest reached an ATH. Let’s do a little bullish shakeout before we go higher,” tweeted Lex Moskovski, CIO of Moskovski Capital.

Let's do a little bullish shakeout before we go higher. pic.twitter.com/RGgQieEihE

Funding rates, on the other hand, are periodic payments to long or short traders based on the difference between the perpetual contract market and the spot price. Funding rates make the perpetual futures contract price close to the index price.

Higher funding rates usually mean a move in the opposite direction, causing a cascade of liquidations on futures products.

The market was subject to such behavior this morning. As data from Coinfloor shows, nearly $500 million in ‘longs’—or traders betting on higher prices—saw liquidations. $235 million worth of these occurred on Binance, while $196 million occurred on OKEx.