Terra revealed it chose Avalanche over Ethereum because it is still a growing ecosystem that its users align with its native token. 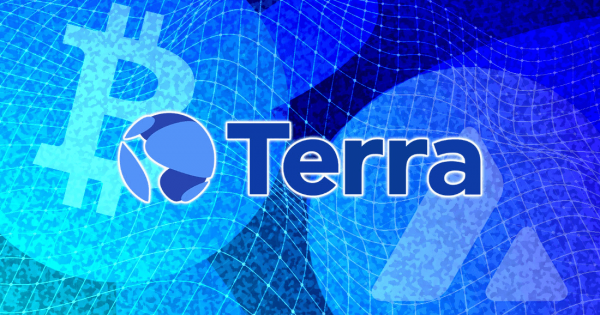 Terra’s founder Do Kwon announced in March that the blockchain network will buy $10 billion worth of Bitcoin as a reserve for its algorithmic stablecoin, UST.

The network has bought $1.6 billion worth of the flagship digital asset, so far, and reports have now emerged that it is expanding its reserve for UST to another digital asset, Avalanche.

According to available information, Terra, yesterday, bought $100 million worth of AVAX. The network made this purchase via an OTC trade with Avalanche foundation in a trade that was described as a move to “strategically align ecosystem incentives.”

1/ Thrilled to reveal the blossoming collaboration between @avalancheavax and Terra will also be further solidified with a $100 million Treasury Swap between TFL and the Avalanche Foundation of $LUNA <> $AVAX to strategically align ecosystem incentives!https://t.co/z9A86CWZDs

Terra said the purchase shows its commitment to the cross-chain collaboration and development it has with Avalanche blockchain.

This relationship, interestingly, has led to an Avalanche-based decentralized exchange Pangolin using UST as the default token on its platform.

Speaking on this development, Do Kwon revealed that Luna Foundation Guard (LFG), the non-profit tasked with building the reserve, chose AVAX because of its growth and strong community.

2/ Today, none can deny that @avalancheavax is one of the most exciting ecosystems in web3.

It is currently one of the most heavily trafficked L1s with hundreds of apps spanning DeFi and gaming.

The numbers are great: https://t.co/94wrwADfhH

Avalanche is still a growing ecosystem…a lot of it is fueled by loyalty to the AVAX token, and users feel a lot of affinity with an asset that aligns itself with AVAX… Whereas for the average Ethereum user, aligning yourself with Ether doesn’t really mean that much.

While the AVAX acquisition suggests that the asset would also be used to back UST, Kwon clarified that Bitcoin remains the main asset that would be used to back the stablecoin. The purchase is aimed to boost the familiarity of UST on the Avalanche blockchain.

It should be added that Terra’s decision to back its Stablecoin with Bitcoin is a first in the industry and has, so far, helped to improve investors’ confidence in the network.

The decision has come at a time when another algorithmic stablecoin, Neutrino USDN, lost its peg against the dollar due to the drop in the value of its native token, WAVES.

By diversifying the base of non-correlated assets to major assets like BTC and AVAX, the UST Reserve offers a more robust asset pool to defend against volatility and alleviate pressure on the Terra protocol’s open market arbitrage incentives.