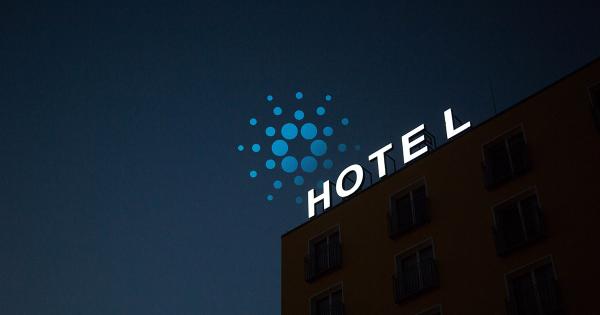 Travala, a crypto-focused hotel booking service, has added support for ADA, the company announced in a blog post. Travala users will now be able to pay for bookings made on the platform with Cardano’s native cryptocurrency.

Paying with cryptocurrencies has now become much easier, as one of the world’s first crypto-friendly hotel booking services expanded their payment options.

According to an official blog post from the company, users on Travala will now be able to pay for hotel bookings with ADA, the native cryptocurrency of the Cardano blockchain. The company hopes adding support for payments in ADA will help spread the word about Travala in the tight-knit Cardano community.

To further promote the new addition, users who book accommodation on Travala with ADA will be entitled to a 5 percent “ADA-back” return on their bookings until Nov. 7.

The addition of ADA brings the total number of cryptocurrencies Travala supports to 20. Apart from high-market cap coins such as Bitcoin, Ethereum, XRP, Bitcoin Cash, and Litecoin, users can also use DAI, DASH, NEO, NANO, XMR, EOS, and TRX to pay on Travala.

Expanding real-life use cases for cryptocurrencies

Enabling payments in ADA was very well received in the crypto community, with fans of both Cardano and Travala celebrating the addition. The company said in its blog post:

“Adding ADA as a payment option is envisaged to further drive the use of ADA for travel-related services.”

This marks an important step for Cardano, which has slowly been expanding the use case both for its blockchain and its native cryptocurrency. Often criticized for its slow development, the company has ramped up its efforts to bring Cardano to the masses in the past weeks—launching an incentivized testnet for the Shelley era of Cardano and creating an anti-counterfeiting blockchain product with New Balance.

The incentivized testnet of Shelley, the next iteration of the Cardano blockchain, is set to roll out in November.

The Cardano Foundation is about to launch an ADA payment gateway thanks to a partnership with COTI, an enterprise-grade fintech platform.

In a surprise AMA session on October 21, Charles Hoskinson, the CEO of IOHK, discussed the progress Cardano made in the past weeks, as well as the future of Cardano and ADA.

It’s been a quiet past few weeks for all markets, Bitcoin and crypto included.