Binance Futures, the futures trading platform of the world’s largest cryptocurrency exchange, has announced the launch of ADA/USDT perpetual contract. 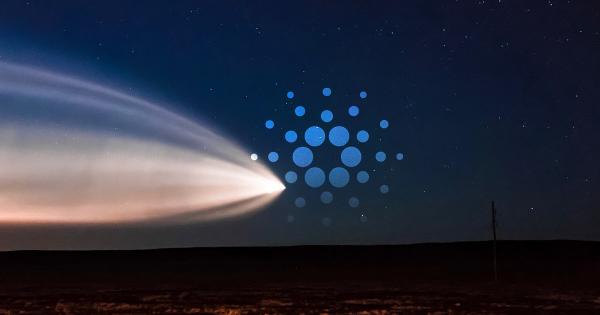 Binance Futures, the futures trading platform of the world’s largest cryptocurrency exchange, has announced the launch of ADA/USDT perpetual contract. Users will be able to trade Cardano (ADA) with up to 75x leverage, the company said, adding that trading will open on Jan. 31, 08:00 AM (UTC).

Binance Futures, the margin trading branch of the world’s largest cryptocurrency exchange Binance, will be launching a perpetual contract for Cardano’s native cryptocurrency ADA. The company announced the new addition to its recently launched futures platform on Jan. 30, saying that trading will open on Jan. 31, 8:00 AM (UTC).

The contract will be paired against stablecoin Tether (USDT) and offer users leverage up to 75 times, Binance said in the announcement.

According to Binance, a pricing limit of around 1 percent will be implemented on the ADA/USDT contract price within the first 15 minutes of trading to prevent market manipulation.

This is the first time a perpetual contract for Cardano’s ADA has been launched on a major exchange and many members of the Cardano community seem divided about the issue.

Those for it argue that many of the coins whose perpetual contract can be traded on the Binance Futures platform have experienced a significant surge after listing. Ripple‘s XRP surged as much as 10 percent once trading on its XRP/USDT perpetual contract opened earlier in January.

After an initial drop of around 2 percent after trading on EOS/USDT began, the coin saw its price rise by more than 35 days in the first 10 days of its perpetual contract trading on Binance Future.

However, coins with a smaller market cap tend to see increased volatility when margin trading is introduced. ADA’s fluctuating price could take a hit in the first few days of trading, which is why Binance advised users to beware of extreme price movements.

The Cardano Foundation’s newest council member believes that improving communication with the Cardano community is the organization’s top priority.