Litecoin “active” wallets jump ahead of Bitcoin Cash and BSV

Litecoin — long called the digital silver to Bitcoin — is seeing a rise in activity ahead of its MimbleWimble implementation in September this year. 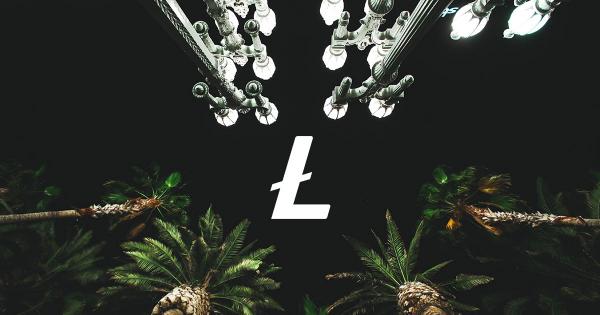 Litecoin — long called the digital silver to Bitcoin — is seeing a rise in activity ahead of its MimbleWimble implementation in September this year.

Yesterday, Litecoin Foundation director David Schwartz noted the cryptocurrency had over 92,278 active wallets in the past 24 hrs (from August 6-7); putting it ahead of both Bitcoin Cash and BSV ( the two had 90,446 in total).

The metrics indicate Litecoin is seeing a resurgence in terms of investments, transactions, and transfers. It comes as the broader crypto market sees better public sentiment and positive fundamentals overall.

A significant reason could be the upcoming launch of MimbleWimble, which brings privacy features to Litecoin. The implementation is on track for a September rollout, as lead developer David Burkett confirm in a July project update.

For the uninitiated, MimbleWimble—a Harry Potter reference—was first proposed in 2016 to fill privacy lapses in the Bitcoin protocol. The latter gives away transactional information that allows firms like Chainalysis to tie transactions to an individual.

But privacy is not the only benefit of MimbleWimble. As Burkett stated in his update, a new syncing process brings faster transactions on the Litecoin network — courtesy of an innovative block processing model.

The Litecoin community could also see a partnership with Cardano, if a tweet exchange last month between Lee and Charles Hoskinson, the Cardano founder, is anything to go by:

At the time, Lee replied with a “Sure!” and stated that “someone from the Foundation” would get in touch with Hoskinson about a collaboration.

Trading wise, Litecoin led gains among all large-cap cryptocurrencies in the recent rally. Lee even remarked on Twitter that the digital currency was once again leading alongside Bitcoin, cementing its strong demand and use even as newer tokens aim to displace the status quo.

In this run up, Bitcoin is destroying ratios of all the major altcoins except for one. ?? pic.twitter.com/YKl2vCExNI

Litecoin has historically served as a leading indicator of Bitcoin prices (one that moves ahead of BTC instead of “lagging” the pioneer).

Willy Woo, a prominent trader and on-chain analyst, pointed this aspect out in a tweet in April. At the time, he noted that “LTC has a habit of leading BTC.”

Meanwhile, the charts show a tight for Litecoin. It’s currently hovering between $56-$60 range after a run-up from sub-$40 in the first week of August.

But it’s above the 34-exponential moving average on the four-hour charts, meaning the bullish trend remains in place.