Elon Musk reveals why Dogecoin is better than Bitcoin

Musk argues that Dogecoin's unlimited supply is actually a strength when it comes to payments. 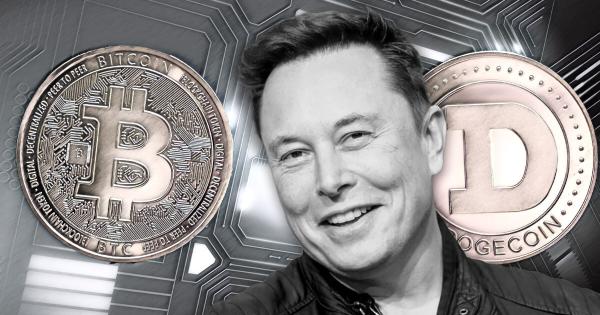 The world’s richest man Elon Musk reiterates his support for Dogecoin, saying it’s better than Bitcoin as a currency.

Speaking to Lex Fridman in a two-and-a-half hour-long interview, the pair covered numerous topics, including colonizing Mars, the nature of money, and Tesla autopilot functionality. But the stand-out topic of conversation was Musk’s thoughts on the controversial meme coin.

While purists continue to slam Dogecoin over its poor fundamentals, Musk turns, arguably, its weakest attribute into a strength.

The problem with Dogecoin

2021 has been a year of highs and lows for Dogecoin. While its start was characterized by euphoria, as $DOGE made an astonishing 15,000% YTD gains in May, what followed was less impressive.

An enduring drawdown since then has seen investors looking elsewhere. The price of $DOGE has plummeted from May-highs, finding support at $0.1573 on multiple occasions. But falling flat in terms of gaining any significant upside during this period.

Critics say the reason boils down to Dogecoin’s poor fundamentals. These include no real-world utility and a lack of development. But perhaps the primary criticism is its unlimited supply of tokens, which some argue makes $DOGE a depreciating asset.

According to Motley Fool, over 5 billion new $DOGE tokens are minted every year.

“A block reward is handed out every minute. That’s 600,000 new Dogecoin every hour, 14.4 million new tokens every day, and close to 5.26 billion new Dogecoin being virtually minted every year.“

However, 2021 is also when the Dogecoin Foundation decided to get serious. With co-founder Billy Markus and Vitalik Buterin on board as advisors, plans are in place to up development and bring about real-world use, namely as a payment token.

Why $DOGE is better than $BTC as money, according to Musk

Commenting to Fridman on why Dogecoin has merit over Bitcoin, Musk said it has “much higher transaction volume capability than Bitcoin.”

Breaking this down, Musk points to Dogecoin’s lower transaction fees compared to the leading cryptocurrency. Thus, making Bitcoin’s use case limited only to a store of value, although proponents of the Lightning Network would disagree with that.

Nonetheless, on the issue of unlimited token supply, Musk said there’s “some value” to having a certain level of inflation in that this encourages spending. And so, it works better as a system for payments – as a currency should.

“[On Bitcoin] If a currency is too deflationary, or I should say, if a currency is expected to increase in value over time there’s a reluctance to spend it.”

Musk signed off by saying Dogecoin isn’t the ideal currency system, but it’s still fundamentally better than anything else he’s seen.