Bitcoin investors stood to gain even after the 2017 burst that saw the asset plunge from over $20,000 to under $4,000 this year — if they continued to dollar cost average (DCA) their way in (and had iron hands). 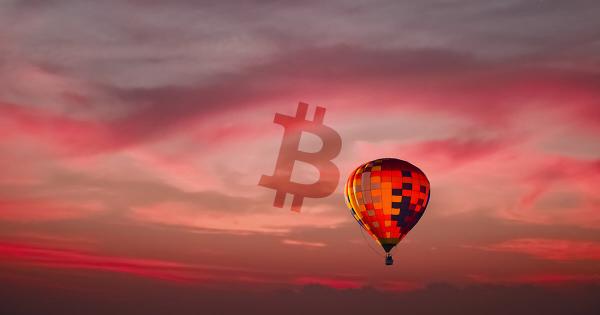 Bitcoin investors stood to gain even after the 2017 burst that saw the asset plunge from over $20,000 to under $4,000 this year — if they continued to dollar cost average (DCA) their way in (and had iron hands).

On-chain analytics firm and crypto data provider Coin Metrics noted Thursday that investors who DCAed (purchasing a set amount each month regardless of the price director) into Bitcoin after December 2017 would still be profitable.

If an investor continued to purchase BTC over the past three years, without fail each month, would have had a 61.8% return on their investment, the firm tweeted:

Despite #Bitcoin still trading 30% below ATHs, dollar cost averaging from the peak of the market in Dec 2017 would have return 61.8%, or 20.1% annually pic.twitter.com/vEyj43Hv2Z

This is despite the jaw-dropping price drops on the pioneer digital asset, including a near-50% drop in April this year and multiple 30% crashes in 2019. “Buying the dip,” a so-called adage referring to prices always going up in markets, seemed to have worked on Bitcoin.

But that’s not to say altcoin investors had similar luck as well. For example, purchasing Sirin Labs SRN token would still have disastrous results for investors:

DeFi is early and dangerous, we have all kinds of risks: hacks, bugs, scams, centrisation, manipulation, front running the list goes on. But for some perspective this is just one ICO, just one. And it destroyed more value, $150m, than every single DeFi loss to date combined. pic.twitter.com/KPffKWlHoH

However, purchasing other large-cap cryptocurrencies like Ethereum and Litecoin would have given similar results.

The data proves that large-cap cryptocurrencies like Bitcoin remain volatile, cyclical, and continued in price discovery. This makes cost-averaging effective, but that can change once the asset class matures further.

The data comes as Bitcoin’s price crosses a major milestone yesterday — crossing $6,000 on its “realized” price.

As on-chain firm Glassnode noted on Twitter, the metric calculates the total Bitcoin that exchanged hands at a particular price. This prevents any misleading prices, i.e. someone selling BTC at $50,000 taking its all-time high to that price regardless of just one person actually causing that.

“Realized Cap values different parts of the supplies at different prices (instead of using the current daily close). Specifically, it is computed by valuing each UTXO by the price when it was last moved.”

Bitcoin’s realized price is at $6,000 now, the highest its been, said Glassnode. For some in the industry, this was a bullish sign, suggesting a stronger uptrend and investors considering Bitcoin fair at the price level.

Overall, the metrics mean Bitcoin is seeing a long-awaited revival, after being almost written off after 2017. But now, institutions are seemingly changing their opinions. Just yesterday, US Goldman Sachs spoke about cryptocurrencies in an investor note — adding it’s looking to issue its own stablecoin.

A Slovenian Shopping Mall is Transforming Into an Actual ‘Bitcoin City’