Do Kwon, the co-founder of Terra, has said that the move is not an attempt to sell its Bitcoin holdings. 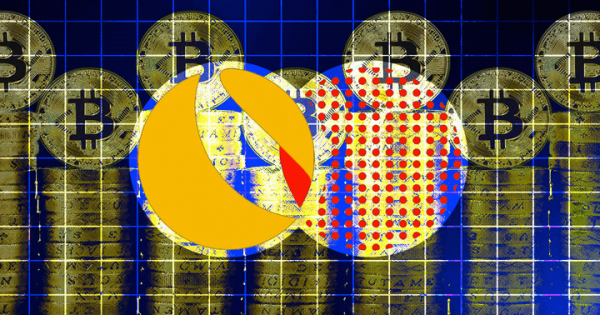 Luna Foundation Guard (LFG) said on May 9 that it will lend out $1.5 billion worth of Bitcoin (BTC) and UST to defend the algorithmic stablecoin’s peg to the U.S. dollar.

Terra’s UST suffered a coordinated attack on May 8, which led to de-pegging from its $1 mark to below $0.992.

While the de-pegging lasted for only a brief moment, it was enough to spread massive FUD about the Terra ecosystem and renewed calls of it being a “Ponzi scheme.”

However, in a move designed to protect the algorithmic stablecoin from a future reoccurrence of this kind of event, the Luna Foundation revealed that it would be working to “proactively defend the stability of the $UST peg and broader Terra economy.”

1/ Over the past several days, market volatility across crypto assets has been significant.

The market turmoil is also reflected by the past week's uncertain macro conditions across legacy asset classes.

LFG is not selling BTC holdings

LFG said it will loan $750 million in BTC and another $750 million in UST to over-the-counter trading firms to protect the stablecoin’s peg to the dollar. The UST loan is designed to accumulate more BTC to stabilize the market.

The foundation was established in January as a non-profit for the Terra ecosystem. It has bought over $1 billion worth of BTC over the past few months with plans to use the flagship digital asset as a reserve for UST.

1/ The LFG Council just voted to deploy 1.5B in capital (0.75B in BTC, 0.75B in UST) to allay market concerns around UST. Some more context on why and how: https://t.co/TfaAPkzgUJ

However, this move has raised concerns that the foundation was beginning to sell its Bitcoin holdings, a move that was vehemently denied by Do Kwon, the co-founder of Terra.

(The) buys and sells of UST are not meaningfully directional now, we felt it was valuable to have capital ready to be deployed in the current market.

As markets recover, we plan to have the loan redeemed in BTC, increasing the size of our total reserves.”

Is Terra removing liquidity from UST?

The announcement came a day after it became clear that Terraform Labs removed liquidity from the UST stablecoin. According to transaction data, the firm removed $150 million worth of UST from Curve and another $100 million soon after.

Industry researcher Mudit Gupta questioned the move on social media, describing it as suspicious. However, Terra founder Do Kwon responded that the move was part of a plan to deploy the funds on the 4pool liquidity pool. He also asserted that the foundation had no incentive to de-peg UST.

– We removed 150M UST from Curve to get ready to deploy into 4pool next week
– 84M dump not us – lmk if you find out who
– After the imbalances started to happen, we removed 100M UST to lessen the imbalance

Obv TFL has no incentive to depeg UST