The city established a Municipal Committee for Crypto Investments to work on governance and investment models for the city. 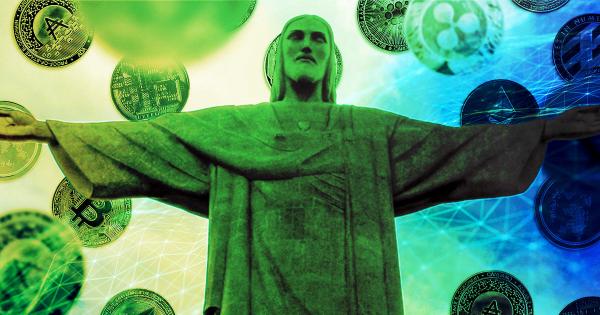 Rio de Janeiro’s Secretary of Finance and Planning Andrea Senko talked to Boletim Bitcoin and revealed the city’s plans to become “the crypto ecosystem of Brazil.” The city established a Municipal Committee for Crypto Investments (CMCI) to boost Rio de Janeiro’s crypto presence in the nation.

“Rio, due to its vocation as a global city, is attentive to the main changes and innovations in the world, and is always at the forefront of these themes. The city has a look to the future, and the City Hall has been following technological and economic advances […]

The goal is to make Rio the crypto ecosystem of Brazil, contributing to the city becoming the innovation and technology capital of the country. “

Rio de Janeiro’s mayor Eduardo Paes also spoke of a similar goal for the city in January this year. He said the city would launch “Crypto Rio” and covert 1% of the city treasury in Bitcoin. At the time, Paes also noted that the city administration was willing to show specific incentives to increase Rio de Janeiro’s crypto adoption, for example providing a 10% discount on taxes when paid in Bitcoin.

According to Senko’s announcement, the CMCI was established on March 30, 022, to take on the administrative hustles of becoming a crypto center. The Secretary of Finance said:

“The Municipal Committee for Crypto investments – CMCI […] works on an investment policy in cryptoassets and a governance model for decision-making. This contribution will follow a methodology that is attentive to the fluctuations and risks of this market and is being developed by the City Hall. […]”

However, the secretary didn’t disclose any information on the policy.

Both the Secretary of Finance and the President of Rio de Janeiro cited Miami. Indeed they said Miami inspired their decision to turn Rio de Janeiro into a crypto center.

Miami has been occupying the headlines with its pro-crypto attitude. Especially Miami’s Mayor Francis Suarez has been a public supporter of Bitcoin. He became the first U.S. politician to accept his salary in Bitcoin in November last year. Miami also is on the verge of allowing its citizens to pay their taxes in crypto.

The city embraced cryptocurrencies over a year ago. According to Mayor Suarez, Miami’s venture capital increased 200% year-over-year since embracing crypto.