This is the first time that authorities in the US would be making an arrest over insider trading allegations in the crypto space. 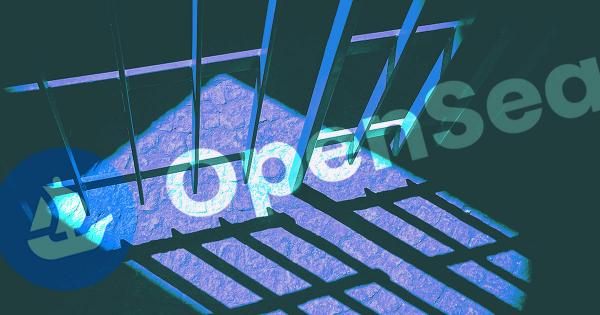 A former executive of OpenSea, Nate Chastain, faces up to 20 years in jail after being charged with wire fraud, money laundering and his alleged use of privileged insider information to enrich himself during his time at the leading NFT marketplace.

Details of the case published by the US Department of Justice revealed that he was arrested in New York and would be presented in court on June 1, 2022.

The authorities indicated that Chastain exploited insider information about NFT listings on the OpenSea platform before it was featured on its homepage.

Based on this information, he purchased dozens of NFTs and was able to sell them for two-five times the price of his initial purchase.

It was revealed that he was able to hide his actions by making these purchases using anonymous digital currency wallets and anonymous accounts on OpenSea.

The US Attorney in charge of the case, Damian Willaims, noted that though NFTs are generally new, Chastain’s crime is not unprecedented.

“As alleged, Nathaniel Chastain betrayed OpenSea by using its confidential business information to make money for himself. Today’s charges demonstrate the commitment of this office to stamping out insider trading – whether it occurs on the stock market or the blockchain.”

Allegations of insider trading are rife in the crypto space, with top exchanges like FTX, Binance, and Coinbase facing recent accusations in a WSJ report.

Meanwhile, this is the first time that the authorities would be making an arrest over suspicions of insider trading in the crypto space -an indication that the regulators are becoming increasingly interested in the happenings in the industry.

Reacting to the development, OpenSea said:

“When we learned of Nate’s behavior, we initiated an investigation and ultimately asked him to leave the company. His behavior was in violation of our employee policies and in direct conflict with our core values and principles.”