Tapping into India's software talent to fuel a global expansion. 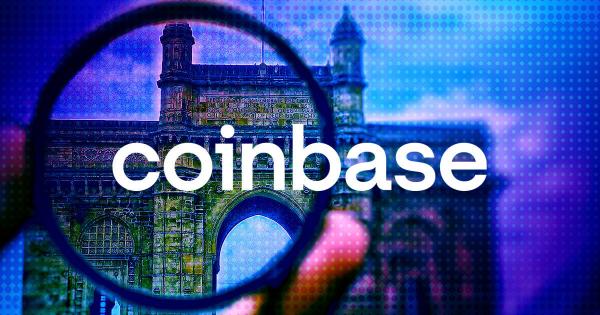 Coinbase unveiled that it will be significantly expanding its presence in India, growing both its employees and investments in the country.

Brian Armstrong, the CEO of Coinbase, laid out the company’s strategy in a blog post, saying that India has already built a robust identity and digital payments infrastructure that can be further accelerated with crypto and Web3 technology.

Coinbase wants more out of India

India’s controversial crypto tax law seems to have brought some much-needed regulatory clarity to the country, despite the overwhelmingly negative effect it had on trading volume.

With all doubts removed as to how the government sees cryptocurrency trading, Coinbase is set to significantly increase its footprint in India. The exchange announced plans to expand its global reach earlier this year by hiring over 2,000 employees.

According to Armstrong, half of those employees will come from India, where he will spend the next several weeks putting down the company’s roots. Coinbase’s Indian tech hub, launched in 2021, already has over 300 full-time employees across the entire country.

In a blog post, he said that Coinbase was on a mission to make crypto easy for anyone and anywhere in the world to use it. India’s existing identity and digital payments infrastructure, combined with its “world-class software talent,” provide a lot of potential that Coinbase plans on tapping into.

“We believe that crypto and web3 technology can help accelerate India’s economic and financial inclusion goals,” he said in the blog post.

Coinbase Ventures, the exchange’s venture capital arm, has already invested $150 million in Indian tech companies, both in the crypto and Web3 spaces. The company will continue to invest heavily in the country, doubling down on its regional investments, which include CoinSwitch Kuber and CoinDCX.

To further expand its reach, Coinbase will host a crypto community event in Bangalore on April 7th. On April 8th, Coinbase Ventures and Builders Tribe will host a startup pitch event where local companies will be able to pitch and win up to $1 million in funding. As of March 27th, over 100 startups applied for the pitch day, with the final number expected to be much higher.

“India is a magical place, and I believe crypto has a big future here. We’re excited to help build that future, and this event is an important step,”

Coinbase’s entry into India is a positive development for the country. As crypto companies in India are bracing themselves for the repercussions of a 30% unrealized gains tax on crypto trading and a 1% TDS tax, having a company with Coinbase’s volume dive head-first into the market paints an optimistic picture.

The exchange has so far managed to overcome every regulatory obstacle it faced in the U.S. and has since become one of the main drivers of regulatory discussions with the U.S. Securities and Exchange Commission.

Founded in 2018, Coinbase Ventures is a venture capital firm based in San Francisco, California. Learn More