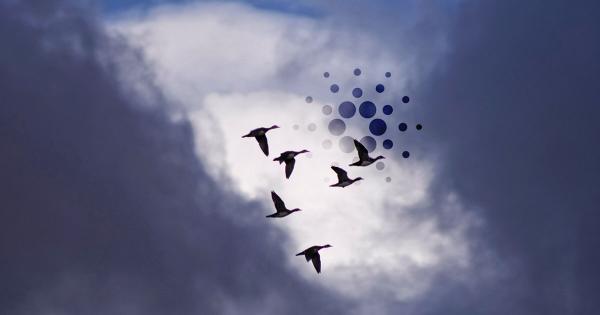 Even though Bitcoin and other top cryptocurrencies are stalling, Cardano’s ADA has continued to rip higher over recent days. The cryptocurrency recently eclipsed $0.11, which is the highest price it has traded at in over a year and a half.

With this latest move higher, ADA is easily outperforming a majority of other large-cap cryptocurrencies, including Bitcoin, and most other multi-billion-dollar assets in existence.

According to crypto research firm Messari, ADA is up more than 200 percent since the start of 2020. This makes it the best-performing smart contract coin of the year, outpacing Vechain, Ethereum, Algorand, Tron, amongst countless other digital assets.

As aforementioned, a year-to-date performance in excess of 200 percent makes it one of the best-performing cryptocurrencies in general.

It has only been eclipsed by decentralized finance coins, which are currently benefiting from an influx of adoption spurred by multi-million-dollar incentive systems.

Doges ADA have room to appreciate?

Despite it being up so far just six months into the year, there is data suggesting that Cardano has room to rally.

Blockchain analytics firm IntoTheBlock shared the chart below on Jul. 7, writing that its In/Out of the Money Around Price (IOMAP) indicator shows:

Below is an image of the firm’s Cardano dashboard, which shows seven separate core metrics in three categories: on-chain signals, spot exchange signals, and derivatives signals.

Four out of the company’s seven core metrics are currently “bullish.” These are the in the money (momentum of addresses in profit), smart price (an implied price derived from order book data), bid-ask volume imbalance (the balance of buy orders vs. sell orders), and futures market momentum (tracks the price, open interest, and volume of derivatives markets).

Notably, coming up is Cardano’s mainnet launch of “Shelley.” Shelley is a phase of the blockchain’s life span that will begin to decentralize the network while increasing its usability with new code.

The founder of the blockchain, Charles Hoskinson, believes that with Shelley, Cardano will begin to encroach on the market shares carved out by other smart contract blockchains like Ethereum. This should coincide with a rally in ADA’s price.

But considering that the recent rally has been in anticipation of Shelley, there could be a “buy the rumor, sell the news” scenario that plays out, thus depressing ADA in the near term.

While global businesses reeling from the implications of the ongoing pandemic, development is blooming in the cryptocurrency space. 2 min read

Cardano could see Presidential coins issued on its platform in order to demonstrate its multi-asset standard, Charles Hoskinson said in his latest AMA. 2 min read

If you’ve been on Crypto Twitter over the past few days, you’ve likely seen the video seen below. 2 min read