As Ethereum rips past $300, Canada is getting its own publicly-traded ETH fund 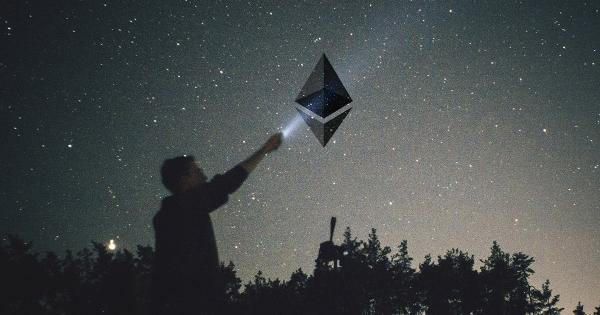 It’s been an explosive past few days for Ethereum. After altcoins based on that blockchain surged, ETH is taking over.

According to CryptoSlate data, the second-largest cryptocurrency and largest altcoin has gained 35.31 percent in the past week, outpacing Bitcoin and a swath of other digital assets. In the past day alone, ETH has gained seven percent as it has pushed past pivotal resistances at $300.

It isn’t clear what exactly is driving this rally, but it was recently revealed that Canadian investors will soon gain access to a publicly-listed ETH fund.

Canadian investors may soon get an Ethereum fund

For most retail investors, the process of opening an exchange account, depositing capital, buying cryptocurrrency, then withdrawing those coins to a secure wallet is too arduous a process.

Hence, there has been a need for publicly-traded investment vehicles that allow one to easily gain exposure to digital assets — be that Bitcoin, Ethereum, or otherwise.

These vehicles have been few and far between thus far, though a Canadian firm is moving forward with launching an Ethereum fund that will trade on the Toronto Stock Exchange.  The company, 3iQ Corp., announced its effort in a press release dated Jul. 24:

“3iQ Corp. is pleased to announce that The Ether Fund (the “Fund”) has filed with the securities regulatory authorities in all of the Canadian provinces and territories of Canada (except for Québec) and received a receipt for its preliminary prospectus in relation to an initial public offering.”

3iQ is the same company that launched the Bitcoin Fund (QBTC) earlier this year, which currently holds $70.5 million worth of BTC.

As the release notes, the “preliminary prospectus is still subject to completion or amendment,” though it is worth pointing out that 3iQ’s effort to launch the Bitcoin Fund ran into little resistance from Canadian securities regulators.

It is not yet clear how much demand there is for the Ether Fund, though the minimum size of the initial offering of the fund will be $10.7 million.

The likely launch of the Ether Fund for Canadian investors marks the latest positive fundamental event/trend for Ethereum as a whole.

Just this week, prominent developers and stakeholders in the Ethereum ecosystem shot down sentiment that ETH2 — the long-awaited overhaul of the network — will take place in 2021, not late 2020. This assuaged the fears of a delayed launch while boosting ETH’s outlook as ETH2 is expected to promote appreciation in the value of the asset.

More broadly, Ethereum’s killer use case thus far, decentralized finance (DeFi), has seen a parabolic explosion in users and in value transferred/processed. Data analysis put forth by an analyst named Morgan Bennett suggests that an increase in usage of the ETH network should lead to an increase in prices.