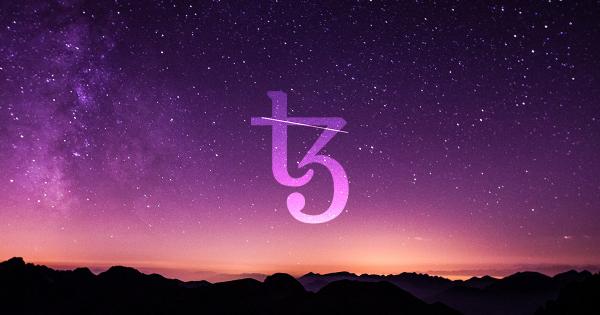 Tezos (XTZ) has been one of the most bullish cryptocurrencies throughout late-2019 and 2020, with the crypto finding itself caught within an intense uptrend that has only been rivaled by that of Chainlink.

This highly bullish altcoin has been able to extend its momentum today after Bitcoin’s break above $9,000 sparked a market-wide uptrend, with its latest rally leading it to break above what was previously a key resistance level.

If XTZ is able to flip this previous resistance level into support, one analyst is noting that it could see an intense surge that leads it up towards its previously established all-time highs.

Tezos is currently the crypto market’s top-performing altcoin, rallying over 13 percent to its current price of $3.24, which marks a massive climb from daily lows of $2.80.

The crypto’s bullishness seen over the past 24-hours was first triggered by Bitcoin’s overnight break above $9,000, which instantly led the market to put some distance between its recent lows.

Tezos – which has been one of the best performing major altcoins throughout both 2019 and 2020 – saw a somewhat parabolic reaction to this market-wide bullishness, although it has since retraced slightly from highs of nearly $3.30.

Other highly bullish altcoins have not been able to match XTZ’s current momentum, as Chainlink has only surged 0.3 percent, while Ethereum, XRP, and Litecoin have all climbed roughly 4 percent.

The intense rally seen by Tezos today may lead the crypto back towards its all-time highs in the hours and days ahead, as it appears that it has been able to flip its previous resistance of $3.10 into a strong support level.

One top analyst is now noting that a confirmation of this level as support could lead XTZ to rally up towards its all-time highs that are currently set at roughly $4.00.

Crypto Michaël, a prominent cryptocurrency analyst and previous full-time trader at the Amsterdam Stock Exchange, explained that he is eyeing continuation up to the crypto’s resistance at $3.60, which would put it just a hair below its all-time highs.

As long as Bitcoin remains stable above $9,000, Tezos and other altcoins will likely be able to maintain their current momentum, which could lead XTZ to see significantly further near-term upside as its rally turns parabolic.