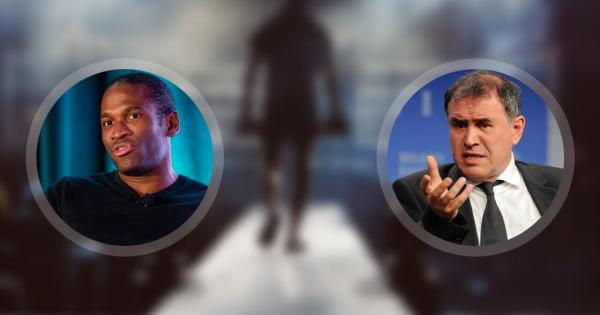 The 2019 Asia Blockchain Summit could be preparing to host a debate between BitMEX CEO Arthur Hayes and crypto-skeptic Nouriel Roubini.

The Asia Blockchain Summit is considered the biggest blockchain event in Asia, and this year it will take place in Taipei, Taiwan, from July 2nd to 3rd. The event awaits to bring more than 5,000 blockchain industry elites and over 300 top global companies.

In a recent tweet that was later deleted, the Asia Blockchain Summit announced that during the event it will host a debate, named the “Cryptocurrency Duel,” between Arthur Hayes, the CEO of BitMEX, and Nouriel Roubini, an economist who is considered one of the biggest crypto critics. 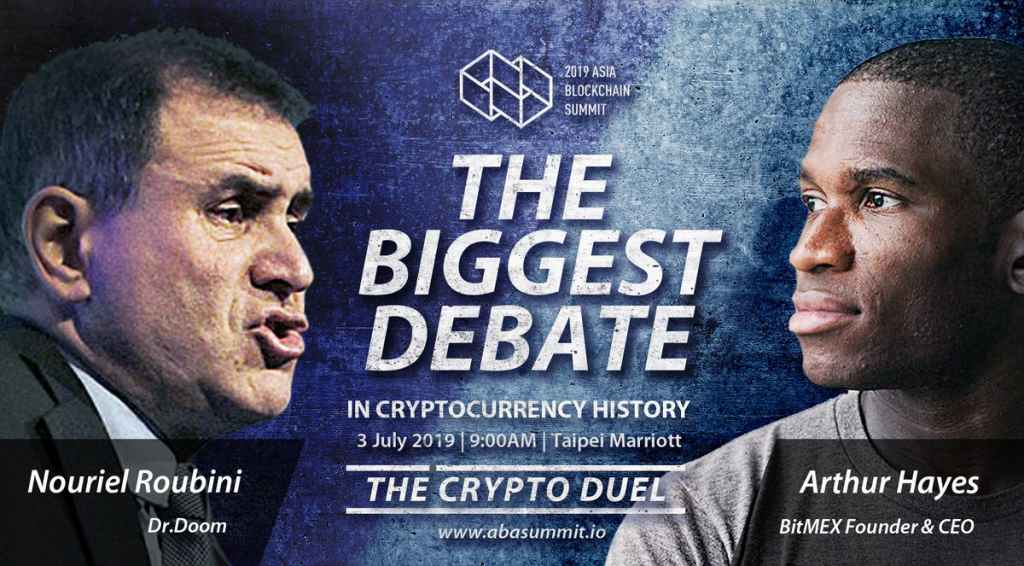 In a response tweet that was since deleted, Hayes expressed that he is ready to “wipe the floor” with the American economist.

Although Nouriel Roubini did not respond to Hayes’ claims, he is well known for discrediting cryptocurrencies, previously calling them the “mother or father of all scams and bubbles.”

Roubini was able to win a similar debate that happened last year against Bitcoin advocate and former VP at JPMorgan Chase Tone Vays.

During the debate hosted by the Block Show, Nouriel Roubini said:

It is unknown why the Asia Blockchain Summit deleted the tweet about the debate, but if confirmed it will certainly be worth watching.

CryptoSlate reached out to the organizers of the Asia Blockchain Summit, Arthur Hayes, and Nouriel Roubini to confirm the validity of the debate and has yet to receive an answer.

Nearly a week since his furious condemnation of all things blockchain at the United States Senate, it seems that Nouriel Roubini, American economist and veteran blockchain naysayer known as ‘Doctor Doom’, is yet to exhaust his arsenal in a fiery one-man stand against the cryptocurrency community.