Scammers are looking to exploit the SundaeSwap ISO claim process by passing off fake websites as the real Drip Dropz site. 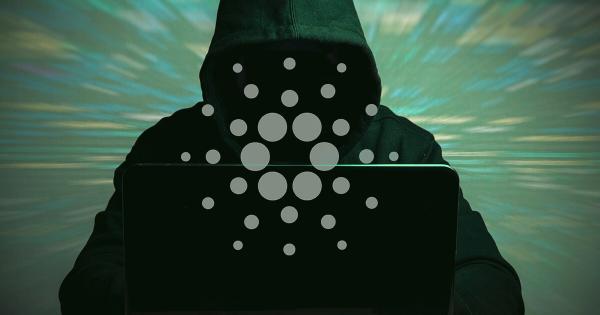 Drip Dropz has issued a warning to the Cardano community over fake websites pretending to be the official site.

“It has come to our attention that fake websites have been created that mimic the official https://dripdropz.io website.

Please use extreme caution when following links to our website. Please verify that you are at our official website.”

Who is Drip Dropz?

Drip Dropz describes itself as a “token dispensing services” platform for the Cardano community.

“Delegates reap the rewards of DripDropz by providing the ability to withdraw a variety of tokens while remaining delegated to a community pool.”

Its services make use of Initial Stake Pool Offerings (ISO) – which is a fundraising concept pioneered by the Cardano network. This involves users delegating ADA to a qualifying stake pool and receiving the new project’s token in exchange.

ISOs are particularly advantageous because the user doesn’t lose their ADA for participating. Making a low-risk way of getting started with a new project.

SundaeSwap was the first project to utilize this concept. Its first-round ISO ended on February 14, and the associated $SUNDAE reward tokens are claimable from March 1 via Drip Dropz.

Considering the build-up to the SundaeSwap launch, in addition to the 3 ADA Drip Dropz claim fee, the SundaeSwap ISO yield is somewhat disappointing.

But that hasn’t stopped scammers from using the SundaeSwap ISO to snare users.

Scammers are targetting your ADA

The latest attempt to catch out unsuspecting ADA holders is the use of fake websites pretending to be the official Drip Dropz site.

Latheesan, the Drip Dropz CTO, said the fake websites operate by tricking users into thinking there’s an error with connecting their wallet. They are then presented with an option to manually connect by entering their wallet seed words.

“The scam site works by forcing you to connect your wallet and then pretends there’s an error connecting and present you with the option to connect manually where they ask for your seed phrase.”

It goes without saying that entering seed words under these circumstances is a no no.

As ever, in the run-up to claiming $SUNDAE on March 1, stay vigilant including double-checking URLs.