The loss of the money within the Terra ecosystem was unfortunate but was not unexpected, according to Collins. 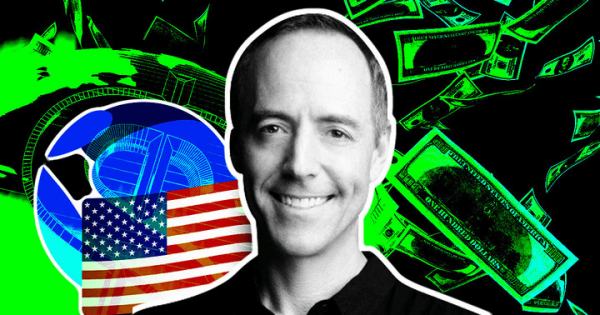 Tether (USDT) co-founder Reeve Collins believes the collapse of TerraUSD (UST) — since renamed TerraClassicUSD (USTC) — might be the catalyst that triggers the downfall of other algorithmic stablecoins, CNBC reported.

Collins made the comment while speaking to the news outlet at the World Economic Forum in Davos, Switzerland. He added that the collapse “was not a surprise.”

It’s an algorithmic-backed, stablecoin. So it’s just a bunch of smart people trying to figure out how to peg something to the dollar.

Collins noted that many people cashed out UST over the past few months after discovering the stablecoin was not sustainable. Consequently, the stablecoin tanked, taking the broader crypto market along with it.

Although Collins believes the era of algorithmic stablecoins is approaching its end, Jeremy Allaire, the CEO of USD Coin (USDC) issuer Circle, believes innovators are not yet done.

I’ve compared algorithmic stable coins to the Fountain of Youth or the Holy Grail. Others have referred to it as financial alchemy.

To this end, he believes financial alchemists will continue working on the magic potion to find the Holy Grail of a stable value.

However, Allaire believes regulators might bar algorithmic stablecoins from interacting with the market and the financial system because of the risks they carry.

Doubling down on stablecoin regulation

In a consultation paper published on May 31, the government said it is crucial to ensure existing legal frameworks can effectively help manage the risks posed by the possible systemic failure of digital settlement asset firms.

Apart from the U.K., the U.S. might also pick up the pace regarding stablecoin adoption, according to Hester Peirce, the Commission of the Securities Exchange Commission. Peirce pointed out that the UST fiasco would nudge regulators to rein in stablecoins quickly.

Although watchdogs are yet to reveal how they plan to regulate stablecoins, they will likely introduce policies requiring stablecoin issuers to use tangible assets as reserves for their tokens.