The meme coins have attracted a sizable trading volume in the country compared to other mainstream cryptos like Bitcoin and Ethereum. 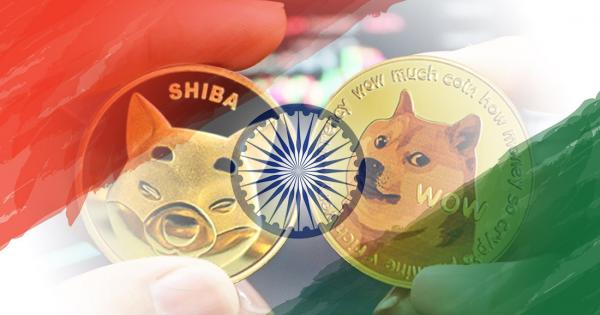 India has been slowly catching up with the emerging cryptocurrency sector.  As per local news outlet Hindu Business Line, meme cryptocurrencies Shiba Inu and Dogecoin have attracted a total of 13.72% (April to October) trading volume on crypto exchanges in India.

The recent crypto trend has unveiled Dogecoin and Shiba Inu rallying ahead of Bitcoin and Ethereum among Indian investors. As per WazirX, a total of 50% trading volume have come from the purchase of Shiba Inu, while Coinswitch Kuber has listed Dogecoin as the leading crypto on its exchange followed by Ethereum (6.06%), and Bitcoin (6.04%).

As per WazirX CEO Nischal Shetty, “the growth of Shiba Inu portrays the power of being a community-driven project. In recent months, Shiba Inu has been in the news for being listed on more exchanges, which has increased its liquidity and access to the token.”

Apart from that, another reason that has made Shiba Inu and Dogecoin immensely popular among  Indian investors is the fact that these currencies have often been tweeted by leading industrialists and global leaders like Elon Musk.

Musk’s occasional tweets on Doge have made a strong impact on its pricing, and his recent tweet of owning Doge along with Bitcoin and Ethereum has compelled many global investors to invest in Dogecoin.

On WazirX, Shiba Inu has surpassed Bitcoin in terms of trading. In the past 24 hours, Shiba Inu has attracted $320 million worth of investment and has become one of the top traded tokens on the platform.

According to SHIBA INU, the reasoning behind the creation of SHIBA is that Shibas constantly forget where they bury their treasure. Learn More