One of the most pressing questions crypto investors have wanted an answer to is when Bitcoin will get an exchange-traded fund. 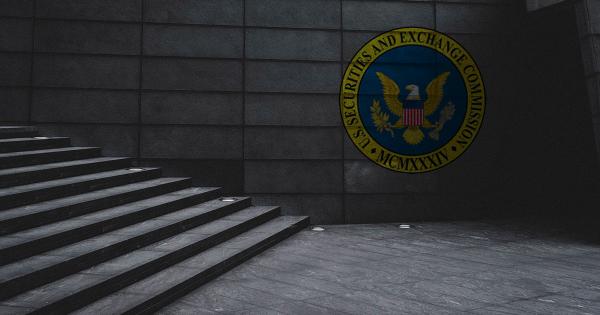 One of the most pressing questions crypto investors have wanted an answer to is when Bitcoin will get an exchange-traded fund.

A BTC ETF, which would be accessible through Wall Street’s biggest brokerages, would dramatically increase the accessibility of Bitcoin to a retail and institutional audience.

This is due to the fact that ETFs are much easier to own than the underlying commodity — there’s a reason why the SPDR Gold Trust (GLD) likely has more holders than physical gold.

Fortunately for cryptocurrency investors, the industry’s ETF dreams may soon get a boost with a regulatory shuffle in Washington.

SEC’s incumbent chairman Jay Clayton may soon be out

As much as the cryptocurrency industry doesn’t like to get tied up with the going-ons of governments, the fate of much of this industry is closely tied to regulatory agencies.

One such agency is the U.S. Securities and Exchange Commission (SEC), headed by chairman Jay Clayton.

Over his past three years in that office, Clayton has been somewhat hard on crypto, shooting down over a half-dozen Bitcoin ETF applications and clamping down hard on questionable altcoin projects and exchanges.

Hence, the cryptocurrency industry reacted when it was revealed by Attorney General William Barr that President Trump is nominating Clayton to serve as the next United States Attorney for the Southern District of New York.

This is but a nomination is just a nomination for the time being, but seeing that Trump has control of the Senate, it is likely to be granted.

Many in the cryptocurrency space have argued that this will be good for the industry.

Michael Novogratz, CEO of Galaxy Digital and a former Goldman Sachs partner, noted that “Jay [Clayton] leaving the SEC is good for BTC,” arguing that it naturally increases the likelihood of a Bitcoin ETF.

Have to think Jay Powell leaving the SEC is good for $BTC. Makes etf more likely. Let’s hope his successor is a futurist.

“Sometimes the potential for best news is always overlooked.  Jay Clayton leaving the SEC leaves a much more ‘crypto friendly’ group of commissioners within the organization.”

And Michael Arrington, founder of TechCrunch a noted Bitcoin bull, said that “Jay Clayton leaving the SEC is a win for crypto and sound money fans across the world.”

Arguably, though, how much cryptocurrency will benefit from Clayton’s departure depends on who replaces him, if at all. The obvious pro-Bitcoin candidate would be Hester “Crypto Mom” Pierce.

Pierce is a commissioner at the SEC and is known for being extremely supportive of Bitcoin, having even rebutted Clayton and Co.’s rejection of a Bitcoin ETF.