Members of Panama's Congress voted in favor of the "Crypto Law" that will give Bitcoin and cryptocurrencies legal status. 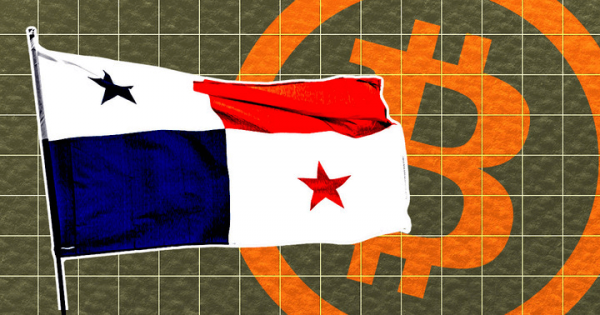 The Latin American country of Panama is the latest to give legislative approval to Bitcoin in what is fast becoming a trend in the region.

Panama joins Brazil and Honduras as the latest Latin American nations to signal strong pro-crypto sentiment. Yet El Salvador and the Central African Republic remain the only countries to have legislated for Bitcoin as legal tender.

Gabriel Silva, a Member of Panama’s National Congress, said the law was approved following the third Congressional debate. He added that the legal framework would help his country become an innovation and technology hub.

Crypto Law approved in third debate! This will help Panama become a hub of innovation and technology in Latin America!

Panama is red hot for crypto

A tweet from Panama’s National Congress confirmed that ‘Project Law No. 697‘ was approved. The law is the first step toward regulating the use of Bitcoin and cryptocurrencies, including issuance, tokenization, payments, and ‘other provisions.’

“[The bill] regulates the commercialization and use of cryptoactives, the issuance of digital value, the tokenization of precious metals and other goods, payment systems and dictates other provisions.”

The Crypto Law is a drive to financially modernize Panama and make it compatible with the digital economy, blockchain, what it calls ‘cryptoactives,’ and the internet.

Specifically, Law No. 697 talks about expanding the country’s digitalization by promoting distributed ledger technology. It involves giving cryptocurrencies legal, regulatory, and fiscal certainty on use, possession, and issuance.

It will achieve this by creating a regulatory framework, but more importantly, the Crypto Law document states this will come about through promoting interoperability with the existing banking system.

It sees the benefits of this as promoting greater financial inclusion, the emergence of a robust financial services ecosystem, increased competition between service providers, and the provision of more choice for consumers.

Speculation mounts over who’s next to make Bitcoin legal tender

To date, only El Salvador has implemented this move. However, according to Bitcoin Magazine, President Bukele says two more countries will make Bitcoin legal tender before the year is out. Which two countries is a matter of debate.

Despite the positive developments in cryptocurrency adoption at the state level, it’s crucial to note that changing people’s attitudes is challenging. Perhaps more so when it pertains to modernizing and moving with the times.

A recent study of Salvadorians found the use of the Bitcoin Chivo Wallet has plateaued. Respondents said they don’t trust the Wallet or Bitcoin and prefer to stick with cash for transacting.

Regardless of pro-crypto legislation passing, it may be a long time before digital assets are widely accepted.

The downfall of Three Arrows Capital (3AC): What went wrong?