There are speculations that the NFT trader who paid over $500,000 in gas fees on the Ethereum network could be in profit already judging by the floor price of the collection. 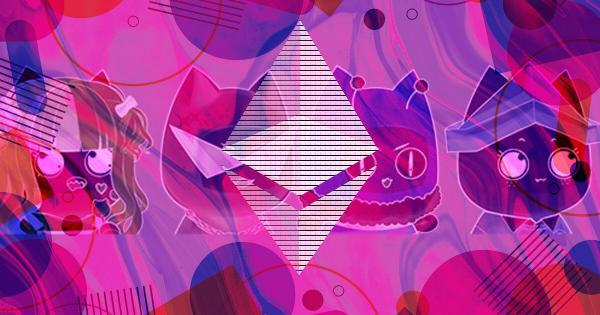 Ethereum’s high gas fees have once again reared its ugly head, as one NFT trader paid over $500,000 to mint 1000 non-fungible tokens from the Tubby Cats NFT collection.

Notably, this is not the first time that a transaction on the Ethereum blockchain has attached such huge fees. Last year, we reported a case where Bitfinex paid over 7,000 Ethereum (worth $23 million) to move just $100,000 worth of USDT to a wallet.

This transaction, alongside the spate of others, led the network to implement the EIP —1559 upgrade designed to push the network fees lower.

Interestingly, a recent CryptoSlate report revealed that the gas fees on the Ethereum network went below 40 gwei, the lowest in six months, for fast transactions with confirmation times well under 30 seconds.

However, this occurrence shows that there could still be freak occasions when the network’s fees surge to uncharted territories.

Why the trade could have attracted high fees

Etherscan data shows that the trader paid the outrageous fee to mint 1000 units from the Tubby Cats NFT collection.

The feline collection consists of 20,000 unique tokens and currently has over 10,000 holders. The collection has garnered much interest from the NFT community, which seems immune to the current bearish nature of the overall crypto market.

Per data from OpenSea, the floor price of the NFTs stands at 0.61 ETH, and it is the second most traded collection on the NFT marketplace within the last seven days.

The project began its 48-hours whitelist mint on Monday and utilized a “progress reveal system” that prevents traders from taking advantage of lower prices to snap up all the rarest items.

Judging by the foregoing, this means that the trader must have had the intention of getting some of the rarest tokens in the collection and paid the fees for his transaction to be quickly confirmed.

Already, there are speculations that the trader could be in profit judging by the floor price of the NFTs.

While Ethereum miners keep smiling at the bank due to the huge transaction fees on the network, other smart contract-enabled blockchains like Cardano, Avalanche, Terra, and Solana are slowly eating into the market share of the second-largest crypto asset by market cap.

Reports from leading financial institutions like JPMorgan and the Bank of America have posited that Ethereum could lose its dominance in DeFi and NFTs to its rivals due to its scaling issues and high gas fees.

To put this in perspective, CryptoSlate reported that Cardano’s transaction volume has twice flipped that of Ethereum in recent weeks, showing that more traders are looking at alternative blockchains whose fees are cheaper and faster.