Meme.com has developed a new meme-centric mode of investing, allowing users to track the perceived value of memes and trade different Meme Tokens on its platform. 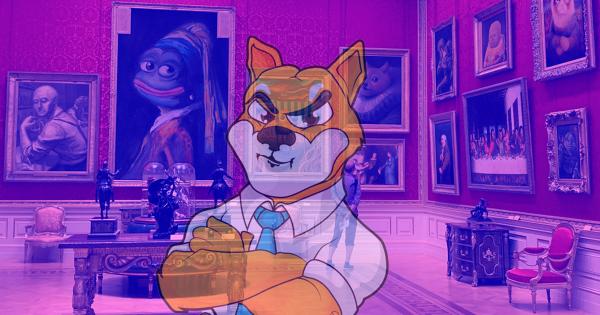 Layer-2 scaling protocol Polygon announced today that Meme.com, a marketplace for meme-based NFTs and tokens, has launched on Polygon following their successful IDO and will collaborate with Polygon Studios to leverage the team’s extensive NFT expertise to help grow the meme token marketplace.

Meme.com has developed a new meme-centric mode of investing, allowing users to track the perceived value of memes and trade different Meme Tokens on its platform.

Polygon already works with the majority of today’s major blockchain-based Web 3.0 games and NFT projects, including Decentraland, Opensea, Sandbox, Somnium Space, Decentral Games and has 5x more gaming and NFT Dapps than any other chains at around 300+.

Therefore, the decision for Meme.com to choose Polygon to help drive mainstream adoption of the meme-based marketplace came naturally.

Via Meme.com, users can build their Meme Token portfolio, sponsor their favorite memes, and earn rewards for supporting the best-performing memes on the market. Users mint tokens based on the perceived value of the meme they represent, while others can stake the tokens for additional rewards.

Some of the most popular memes will be available to invest in on the platform, including Doge, Harold, Pepe, Distracted Boyfriend, Grumpy Cat, and many more.

Polygon Studios, backed by a $100 million treasury fund, will support the Meme.com team with access to investment, marketing, technology, and a community base.

In comments, Johan Unger, co-founder of Meme.com, said, “We want meme aficionados to be able to have fun with their passion, while also being able to monetize it.”

He added, “we believe bringing the worlds of memes, tokens, and NFTs together could unlock a new form of content creation, and curation – that rewards people both creatively and monetarily.”

How Shiba Inu and Dogecoin led the meme token frenzy

This year, many classic memes have been sold as NFTs for staggering sums of money. These include the iconic and beloved Shiba Inu, Doge — the very same responsible for the first-ever meme tokens, Dogecoin.

The original Doge meme sold for $4 million in Ethereum—clocking in at the most expensive meme ever sold. The similarly popular “Nyan Cat” meme sold for $590,000, and “Disaster Girl” amassed a dizzying $500,000 price tag.

In January 2019, Meme.com had rolled out its first asset class layer, MarbleCards – a platform allowing anyone to create unique NFT-based digital cards via URLs. Every web page can be marbled only once and by one person only, meaning once a card is created, the NFT for that URL is claimed forever.

Polygon Studios was recently launched by Polygon to boost awareness and adoption of NFTs. The studios shipped with a $100 million fund dedicated to supporting gaming-related NFT projects.

According to SHIBA INU, the reasoning behind the creation of SHIBA is that Shibas constantly forget where they bury their treasure. Learn More