Bitcoin adoption intensifies in the US as UWM reveals plans to embrace crypto payments before the end of the year. 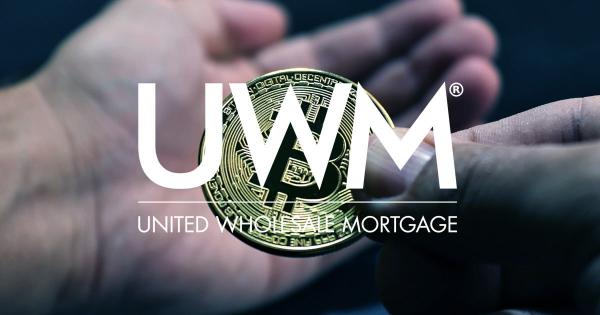 According to the Detroit Free Press, the Michigan-based company revealed that accepting Bitcoin (BTC) payments is on the agenda before the end of the year.

Ishiba announced the company’s Bitcoin objective during an earnings call about UWM’s second quarter financial results on Monday, while adding that the mortgage lender from Pontiac is hoping to “actually execute on that before anyone in the country.”

The company saw a record volume of mortgage business, closing a total $59.2 billion in mortgages during the second quarter, but had lower profits because of shrinking margins that are impacting the industry, according to the Detroit Free Press.

“We’re going to walk before we run, but at the same time, we are definitely a leader in technology and innovation and we are always trying to be the best and the leader in everything we do,” UWM’s CEO elaborated in an interview, while revealing that the company would be embracing crypto payments step-by-step.

“I think we’re starting with Bitcoin, but we’re looking at Ethereum (ETH) and others,” said Ishbia, who also told the Detroit Free Press that the company could start accepting one or more cryptocurrencies already later this quarter or in the fourth quarter of the year.

“That’s the plan. Obviously there’s no guarantees – we’re still working through some details. But absolutely,” UWM CEO said as Bitcoin is getting ready to check a major box on its US adoption list.

The mighty mortgage lender is not the only one still working through the details, though.

Just a few months after Tesla shocked the crypto space by suspending Bitcoin payments, the company CEO Elon Musk taunted a recent positive trend in the energy usage as the key that would “most likely” reopen the door.

Meanwhile, law and order rolled up their sleeves.

Dog and meme lover Elon Musk teased the idea of a space heater that mines crypto.

In his letter to Senator Warren, the Chairman stated the US SEC needs additional authorization and resources to regulate cryptocurrency exchanges.