Bitcoin and other cryptocurrencies are on the verge of going from "trendy" to "tacky," argued Deutsche Bank's analysts. 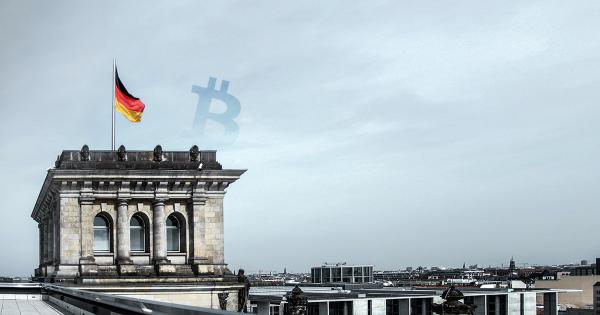 Last week’s crypto market meltdown has proved yet again that “the value of Bitcoin is entirely based on wishful thinking,” according to a research note recently published by Deutsche Bank analysts.

In the paper, titled “Bitcoin: Trendy is the Last Stage Before Tacky,” the bank’s experts compared cryptocurrencies to fleeting fashion trends and pointed out that a couple of “negative” tweets from Elon Musk combined with yet another crackdown on Bitcoin in China were enough to tank the whole market last week.

“What’s true for glamour and style might also be true for Bitcoin. Just as a ‘fashion faux pas’ can happen suddenly, we just received the proof that digital currencies can also quickly become passé,” wrote Deutsche Bank’s macro strategist Marion Labouré, adding, “All it took for the cryptocurrency to fall out of style was one tweet and a Chinese government statement.”

Namely, on May 12, Musk announced that Tesla is suspending Bitcoin payments for its cars—just a couple of months after initially adding support for them—citing environmental concerns. And last week, China’s government announced another wave of crackdowns on the crypto industry and Bitcoin mining.

“Those few words caused Bitcoin’s value to plummet from nearly $60,000 in the days before to below $48,000. Next, on Tuesday, the PBoC reiterated that it would ban digital tokens as a means of payment, thus causing Bitcoin to plunge just above $30,000 at one point—its lowest value since January,” Labouré pointed out.

No fundamentals, only FUD

According to her, such susceptibility to fleeting trends creates a so-called “Tinkerbell effect” which can heavily impact Bitcoin’s price based on the sheer power of belief. Because of this, “Bitcoin’s value will continue to rise and fall depending on what people believe it is worth.”

“Due to Bitcoin’s limited tradability, it is expected to remain ultra-volatile; a few additional large purchases or market exits could significantly impact the supply-demand equilibrium. The root causes of Bitcoin’s volatility include small tactical asset allocations and the entries and exits of large asset managers,” she concluded.