Tron's USDD stablecoin loses dollar peg amid extreme downturn in the crypto market. Fears looms as to its possible crash 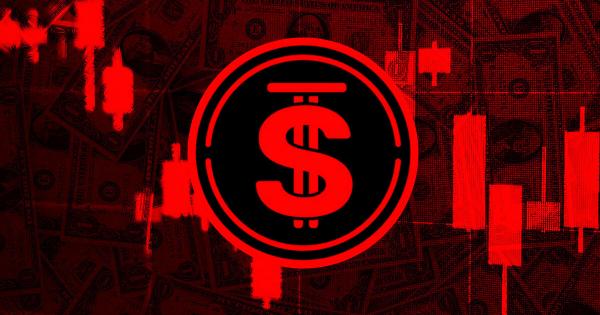 Tron’s algorithmic stablecoin, USDD, has raised fears and speculations in the crypto market after its price dipped to $0.97 and lost its peg to the dollar.

Justin Sun, the founder of TRON, quickly responded via a tweet that the TRON DAO would deploy $2 billion to protect TRX from the funding rate of shorting it on Binance. He followed this up with a tweet that 700 million USDC has been injected to defend the USDD peg.

While the value of USDD has risen to $0.98 according to data from CoinMarketCap, it hasn’t been enough to quell speculation and fear. This fear has been worsened by the extreme downturn in the market, which has seen the total crypto market cap fall below $1 Trillion for the first time since January 20121.

A corresponding negative reaction was recorded on Tron, the network’s native token after it dropped more than 16% in price.

Increased fears of a UST-LUNA reoccurrence

Last month, UST-LUNA, an algorithmic coin like USDD, crashed and wiped $18 billion off the crypto market. This crash came after it struggled to maintain its UST to the dollar peg and fell to 35 cents on May 9.

However, to allay fears of a similar occurrence, USDD has been over-collateralized against the dollar at a scale of 1 to 1.3 by acquiring various assets such as  BTC, TRX, and stablecoins such as USDC, USDT, TUSD, and USDJ. This collateral supposedly made USDD the first over-collateralized coin, by 280% as reflected by data on Tron’s official website

Last month, USDT and DEI, dollar-pegged stablecoins, experienced similar turbulence and temporarily lost their pegs to the dollar. While USDT has maintained a strong value, DEI failed to recover and is currently valued at $0.61, according to data from CoinMarketCap.