Over the next three years, Messi will help Socios.com “create a more connected and rewarding future for fans around the world.” 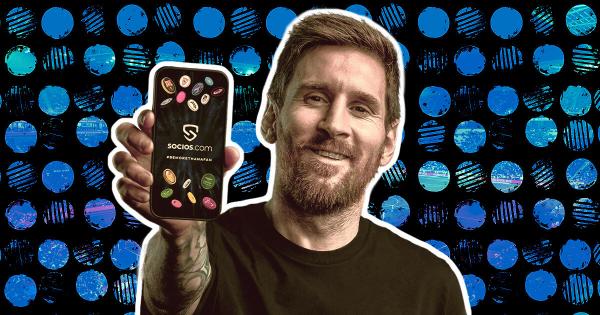 Socios.com, a blockchain company that specializes in so-called “fan token” cryptocurrencies, has signed a three-year agreement with legendary soccer player Lionel Messi who will now become the firm’s global brand ambassador, according to a press release shared with CryptoSlate.

“We are welcoming to our family someone who, as sports fans, has inspired and brought joy to each and everyone [sic] of us, regardless of our nationality and the teams we support,” Paco Roche, a senior PR manager at Socios.com, told CryptoSlate in an email. “A man who has redefined what can be done with a ball and is unanimously considered part of football’s legacy.”

Per the announcement, Socios and Messi plan “to build a more inclusive, exciting and rewarding future for fans across the world.” Meanwhile, their first collaborative promo campaign will run under a “Be more” slogan.

While the company did not officially reveal any sums of money involved, a source close to the deal recently told Reuters that the agreement is ostensibly worth more than $20 million. Notably, the payments reportedly won’t involve any cryptocurrencies.

“Since I played my first professional game the passion of the fans has been a driving force that has helped inspire me to be my very best. Fans deserve to be recognised for their support. They deserve opportunities to influence the teams they love,” Messi said in the announcement. “Socios.com exists to enhance the fan experience, to enable fans to ‘be more.’”

While the popularity of fan tokens and the number of organizations issuing them are constantly growing, these digital currencies regularly face criticism from regulators. For example, the U.K. Advertising Standards Authority banned two of Arsenal FC’s token ads for “for taking advantage of consumers’ inexperience in cryptoassets” last December.

In June 2021, the Thailand Securities and Exchange Commission also ordered crypto exchanges to delist all fan tokens as well as Dogecoin, Shiba Inu, and NFTs, alleging that such assets had “no clear substance” or “underlying value.”