Driving mass adoption: bitcoin kiosks will be available within 5 miles of 90% of Americans

Coinme’s recent partnership with Coinstar has the potential to bring about the “mass adoption of bitcoin.” BTC will be available within 5 miles of 90 percent of Americans, via cash-enabled kiosk, when all Coinstar machines support the feature. 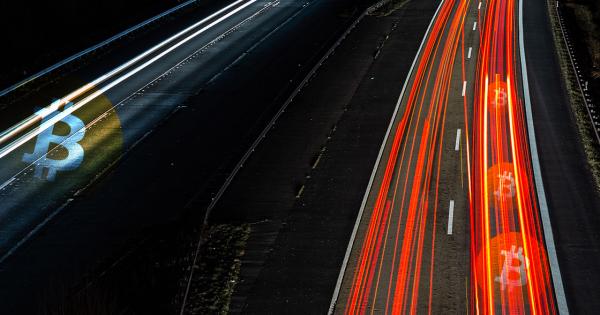 Coinme’s recent partnership with Coinstar has the potential to bring about the “mass adoption of bitcoin.” BTC will be available within 5 miles of 90 percent of Americans, via cash-enabled kiosk, when all Coinstar machines support the feature. These kiosks are generating over 315 million impressions a week with transaction volumes growing 17 percent week-over-week, representing impressive mainstream growth, said the CEOs of the two companies.

Coinme’s recent partnership with Coinstar has made bitcoin much more widely available to the general public. Now, even those outside the tech-sphere can trade their fiat for the digital asset.

In a Mar. 28 moderated panel at TF3, the CEOs of both companies—Neil Bergquist, co-founder of Bitcoin ATM startup Coinme, and Jim Gaherity, CEO of Coinstar—discussed the potential for bitcoin’s mainstream adoption and how their companies will help facilitate that.

Coinstar is a Seattle-based company that runs 20,000 cash-operated kiosks in 12 countries. These kiosks accept coins in exchange for money-changing and payment services. 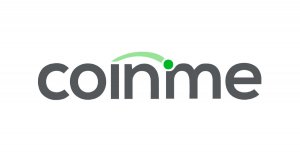 Coinme is primarily a Bitcoin ATM business. The group also has a “private client group,” compared to Goldman Sachs by Bergquist, that advises individuals on how to purchase and invest in bitcoin.

Unlike online exchanges, Coinme and Coinstar offer kiosks that dispense bitcoin in exchange for cash. These kiosks represent one of the few cash on-ramps into crypto, enabling cash-to-digital remittances and payments.

Co-founder and CEO Neil Bergquist suggests that the reason for the success of these kiosks is because “it’s a familiar transaction experience so really it builds trust.” He elaborates by saying:

“That’s something that’s been missing in the marketplace today, even today, is that trust factor. With this partnership, you can walk into a grocery store with a brand that you trust and buy bitcoin through a licensed exchange partnership. It’s a key piece of infrastructure for the digital currency economy.”

How Coinstar Jumped into Crypto

It made sense for Coinstar to become involved in cryptocurrency, said Gaherity. Even though Coinstar services leading retailers like Walmart and Kroger, the company was able to present bitcoin services as a “safe” opportunity.

So far there has been “no pushback” to offering bitcoin, said Gaherity. Currently, the coin is available at over 2,000 kiosk locations with “more retailers itching to get in… our opportunity here over the next year or two is 78,000 locations we can spread to,” stated Coinstar’s CEO.

Neil Bergquist suggests that many people who purchase bitcoin at these kiosks do so out of utility:

“People are using this to solve everyday problems. Yes people are purchasing as an investment, or as a store-of-value, or as speculation, but they’re also doing remittances and payments.”

CryptoSlate interviewed several employees at Coinme, and according to them, the demographics of people who tend to use these ATMs is broader than traditional cryptocurrency exchanges like Binance and Coinbase. These comments could suggest that cash-enabled kiosks appeal to a broader audience.

Ultimately, it’s Coinstar’s goal to have retailers accept bitcoin in-store as a method of payment. As stated by Gaherity:

“We’re interested in bringing this technology to the masses and getting retailers interested in bitcoin. Eventually, the hope is that you can use that [bitcoin] in store to buy stuff—exchange that cryptocurrency for milk and eggs.”

Bitcoin acceptance at major retailers would represent an enormous growth opportunity. In such a scenario, the combination of media attention and new-found convenience in purchasing BTC could spur the next wave users.

The two CEOs go on to talk about how Coinstar’s support of Bitcoin adds substantial legitimacy to the sector. Bergquist first describes his experience trying to secure a bank account for his startup:

“We’ve been turned down by 200 banks. We can’t even have an operating account even though we’re licensed.”

Oftentimes, many banks have a policy banning organizations who in any capacity deal with cryptocurrency. This is because of the perceived regulatory risk for servicing these clients. And, as such, access to banking services is a substantial impediment to growth in the sector.

“Now when you get a billion-dollar company involved in the space, that’s owned by Apollo—one of the largest private equity firms in the world with $250 billion under management—then people start paying attention to digital currency,” said Bergquist.

Partnerships with brands like Coinstar have the potential to make Bitcoin a phenomena that financial institutions and retailers will find hard to ignore. As Bergquist summarized, “it’s helping the old guard turn their heads a bit and take this seriously.”

The performance of these ATMs has been exceptional so far according to the duo. Transaction volume for these kiosks is growing exponentially:

“Once this story gets out there and people learn that the product [bitcoin ATMs] has grown 17 percent week-over-week, then they’ll start taking it seriously, stated Bergquist.”

The company is purportedly achieving these figures without a large marketing push. That said, Coinme and Coinstar also have enormous reach. Currently, bitcoin-enabled kiosks are available to most citizens in the US:

“Coinstar has a kiosk located within 5 miles for 90 percent of Americans. So now that you have the infrastructure, you build awareness, you get adoption,” said Bergquist.

Currently, crypto enthusiasts can purchase BTC at over 2100 Coinstar kiosks, which represents the largest bitcoin kiosk network in the world. When Coinstar kiosks are integrated with Coinstar nationally, then citizens across the US will have direct access to BTC using cash. According to Dom Garret, Coinme’s director of engagement:

“There are certain regulatory and hardware restrictions prohibiting us from enabling all kiosks with this offering at the current moment. While our roadmap does not have a specific timetable for complete enablement, our teams are working tirelessly to provide everyone with fair and equal access to digital currencies.”

This reach has the potential to convert into mass awareness of BTC:

“To the point about awareness, we get about 315 million impressions a week just from people walking past our kiosks… Our goal is to get out here and really educate people about what they can do with it [bitcoin],” added Gaherity.

315 million impressions from grocery shoppers, the people who aren’t early technology adopters, is impressive. Repeat exposure to the technology means people will become more familiar and comfortable with it—and as people become more comfortable then investment and use are likely to follow.

Update Apr. 10, 02:50: The title of the article has been modified to clarify that bitcoin functionality is not yet rolled out to all Coinstar kiosks, but will be in the future.