Blockchain.com has become the first digital assets platform partner for an NFL team after signing a deal with the Dallas Cowboys. 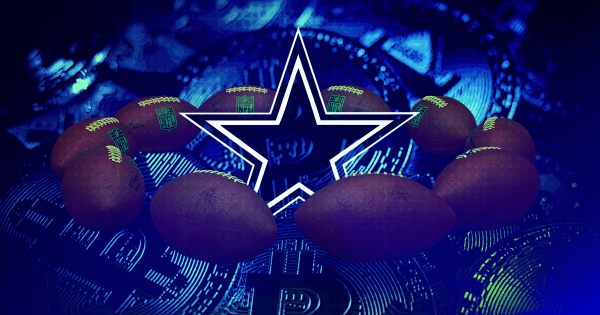 The Dallas Cowboys have signed a partnership deal with Blockchain.com, which will see the latter serve as its exclusive digital assets platform.

“We chose to partner with the Cowboys because they represent the most trusted brand in professional sports, they compete with a champion mindset and believe in longterm partnerships.”

#Cowboys set to announce historic partnership with https://t.co/G3AWil00N6. You may now return to your ordinary lives. pic.twitter.com/moUtm17Mb2

Under the deal, Blockchain.com will have extensive branding with the Cowboys and inside the AT&T stadium bowl. The partnership also includes content and event opportunities for the crypto platform and advertising on traditional and digital mediums.

The release also points to collaboration in creating digital asset-related content for fans of the team and integrating the Blockchain.com wallet with Cowboys content.

“Growing up in rural America where football is deeply rooted in the culture, I’m incredibly honored to join forces with the world’s most valuable sports franchise and the Jones family, who have dedicated their lives to building a first-class franchise on and off the field for 33 years.”

The financial terms of the deal and its duration were not disclosed in the release.

In recent months, crypto firms have spent vast amounts of money on sponsorship deals and advertising in the sports world.

Singaporean crypto exchange Bybit sponsored the RedBull Formula 1 racing team earlier in the year and is also a partner of the Argentina Football Association.

Meanwhile, Crypto.com recently inked a deal to become the official sponsor for the 2022 FIFA world cup. It also secured the naming rights for Los Angeles’ iconic Staples Center in 2021 for approximately $700 million and helped the San Franciso 76ers launch NFTs.

The 2021 Super Bowl saw some of the most expensive advertising from the crypto industry and even created NFTs of its tickets. The move has been controversial, but there is no denying that these deals and advertisements are slowly pushing the world toward mass adoption.