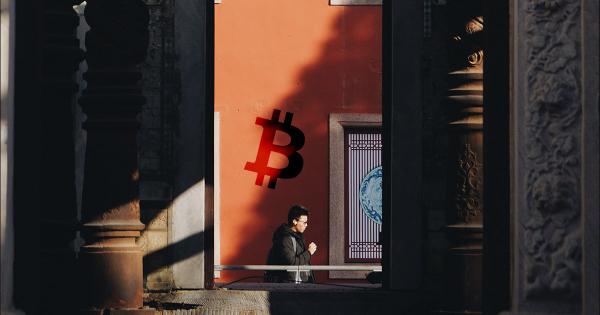 China’s secretive stance on digital currencies is starting to reveal traces of long-term aspirations. On one hand, the country does not allow any form of crypto-trading, even calling for the shut down of the Bitcoin mining business in a province earlier this month.

But a recent development indicates cryptocurrencies may be on China’s radar all the time, especially the regulatory and legal aspects of a world run on stateless currencies.

Bitcoin will be passed down

Earlier this week, locals reports suggested new civil legislation had been submitted for the government’s approval, including “virtual assets” in the list of items that could be passed down. The law was adopted in a now-concluded parliament meeting, as Beijing’s Xinhua Net confirmed on May 28.

In the third sessions of the Thirteenth National People’s Congress presided by President Xi Jinping, China updated the country’s existing civil code; new legislation that now includes “virtual currencies” as part of a citizen’s civil rights. The drafts were first submitted on May 22 to the committee, after “years of deliberation.”

This means if a Chinese citizen holding Bitcoin, Ethereum, or any other digital asset dies, his “will” would legally allot all holdings to a  nominated person. Other “internet”-based properties, such as in-game currencies, can also be passed down.

Dovey Wan of Primitive Ventures tweeted in the regard, voicing some concerns:

? but I would rather my Bitcoin be protected by the key itself not the law tho , the problem with law is always enforcement not legislation

The new inheritance law comes into effect on January 1, 2021. Previously, prominent academics in China voiced their opinions about the country’s outdated civil laws, which did not change over time to include digitalized aspects of the 21st century.

Lixin Zhang, professor at the Renmin University, told in an interview with China’s top television broadcaster that the country was developing rapidly, and multiple laws and regulations needed to improve for meeting the “current needs of 2020 Chinese society.”

Bitcoin as a virtual property

Chinese regional courts have been treating cryptocurrencies as lawful property, even before the signed dictum.

Last month, Baijiahao Baidu reported that Shanghai’s No.1 Intermediate People’s Court had considered Bitcoin as “foreign property” for a theft case tracing back to 2018, which had defendants seeking compensation.

Determining Bitcoin as “virtual property,” the court stated any stolen and forcibly-obtained cryptocurrency must be returned to its lawful owners either immediately or be available for purchase at a massively discounted price.

In another similar case in 2019, the local courts of Hangzhou considered Bitcoin a “virtual property.” The proceedings involved a now-defunct crypto exchange and its estranged users seeking millions in damages.

Despite China’s lack of crypto framework, the country has stepped up time and again with legal judgments about cryptocurrencies. Such proceedings indicate the country’s stance on digital assets, including how lawmakers view the idea of crypto as a legal, “virtual,” property.

With China’s Digital Yuan coming up and said to feature at the 2022 Bejing Winter Olympics, the country may well be creating legal infrastructure around digital currencies, unbeknownst to other governments, or even its own citizens.