Mike Novogratz said Cardano is all hype and no substance, even going as far as calling the community a cult that's blinded to the reality. 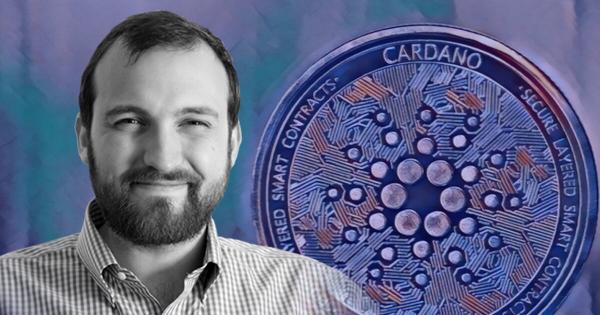 Galaxy Digital CEO Mike Novogratz said over the weekend that he was ‘shocked’ over Cardano’s valuation while calling the community a weird cult.

“And so things like Cardano, it shocks me, the valuation. And it shocks every smart developer I know. They have done something to create this weird cult,” he said.

Cardano, the number five cryptocurrency has a market cap of just under $50 billion and is within striking distance of Binance Coin (BNB). The high-speed blockchain logged one of the highest ‘commits’ on GitHub last week, but some bigwigs remain unimpressed.

Novogratz picked up on a common criticism of the project. That is, how can a half-complete network with no operational smart contracts be valued so highly?

While there is some validity to this point, the “weird cult” comment has drawn a barrage of disapproval from Cardano supporters. Input Output Global (IOG) CEO Charles Hoskinson himself waded into the controversy by accusing Novogratz of bitterness.

“Let me translate the billionaire speak for you guys. He’s saying that he doesn’t see a backdoor to get in at a favorable price or manipulate the market like the rest of the VC coins,” Hoskinson tweeted.

Let me translate the billionaire speak for you guys. He's saying that he doesn't see a backdoor to get in at a favorable price or manipulate the market like the rest of the VC coins. Somehow fair, transparent, community led cryptocurrencies are "cults" I'll remember that Mike https://t.co/NksbE1JWsf

Novogratz says Cardano is all show and no go

Novogratz dropped the bombshell speaking to Yahoo Finance Anchor Zack Guzman, in which he remarked that value is no longer derived from code. Instead, it’s a “social construct,” or as he made more explicit, all about the branding.

Hoskinson has addressed the issue of the lack of smart contracts on several occasions, saying they are on the way. But to accuse IOG and Cardano of criminality is a step too far and grossly misrepresenting the situation.

More recently, addressing the differences between Cardano and Ethereum, Hoskinson said Cardano’s slow and steady “scientific method” is, in his mind, the best way to counter system failure.

“The way we do things is a bit more mature and responsible because the way that we do things results in a better assurance that the systems we build won’t fail,” he said in a recent video.

The question is, is Novogratz’s anti-Cardano stance coming from a pro-Ethereum perspective? Or does he sincerely believe Cardano is all fluff?