After numerous delays, the ERC-20 converter is nearing completion following the live testnet this week. 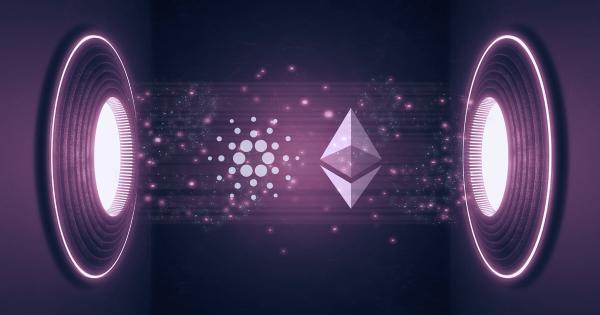 The first ERC-20 token to get the converter treatment is SingularityNet’s $AGI, which IO was keen to stress can now take advantage of lower fees, higher transaction capacity, and enhanced security.

Interoperability between different chains is an ongoing issue that holds back the crypto sector. With the imminent release of the mainnet ERC-20 converter, investors pin their hopes on this sparking life into $ADA, which has suffered price stagnation of late.

What is an ERC-20 converter?

Talk of an ERC-20 converter first gained traction in July last year when IO CEO Charles Hoskinson mentioned it during a video post.

Essentially, the ERC-20 converter is a tool that enables the migration of Ethereum ERC-20 tokens to the Cardano chain and back again if users so choose.

“By enabling the migration of ERC20 tokens to Cardano, we focus on delivering a value proposition that leverages Cardano’s advantages over Ethereum. In particular, Cardano’s higher capacity for transaction processing and lower fees when compared with Ethereum’s high cost and often congested traffic.”

Ethereum is the leading smart contract platform with the biggest network effect. From that point of view, the ERC-20 converter makes sense in terms of attracting some of the $105 billion total value locked in Ethereum DeFi over to Cardano.

SingularityNet is the first partner to take the plunge. Its CEO Dr. Ben Goertzel called the converter critical in realizing his project’s ambitions for a decentralized AI platform.

“it will yield not only a far faster and more economical AI network, but also a massively superior foundation for adding advanced new functions to SingularityNET and moving toward realizing our vision of decentralized AGI.”

What’s more, IO’s commercial team says they are in the process of securing other migrations to the Cardano chain.

Delays to the Cardano ERC-20 convertor

The previous update on the ERC-20 convertor came in late August as IO Project manager Francisco Landino said they were nearing a testnet launch.

Landino said the original plan was to do two releases. One for the Ethereum to Cardano bridge, and the other to bridge Cardano to Ethereum.

But in the process of completing the first release, the team realized there were duplicated tasks with the second release. It made sense to delay both releases and solve all the issues in one go.

As ever, this did little to rebuff Cardano’s reputation as a project plagued by delays. But IO has always maintained that security and getting things right the first time takes priority over rushed releases.