Cardano (ADA) set for 7th consecutive monthly red candle, is a bounce due?

Consecutive monthly drawdowns see Cardano slide down the market cap rankings. What could be behind this, and will ADA bounce back? 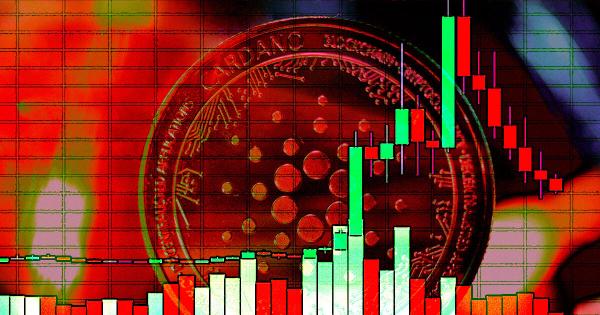 Since September 2021, ADA has posted lower monthly lows against the dollar, with March on track to do the same. This has proved a frustrating period for Cardano holders.

Support exists at around the $0.75 level. However, the current price is hovering dangerously close to this point. And with RSI showing a consistent sweep downwards over this time frame, there’s every chance of support breaking.

Since posting its $3.12 ATH, just before the Alonzo smart contract rollout, ADA has closed each subsequent month since September 2021 down from the previous.

Expectations were that Alonzo would bring a flood of new users, leading to a spike in ADA demand, pushing the price higher in the process. But this scenario has failed to materialize, with dApps rolling out at a painfully slow pace.

DeFi Llama shows just six DeFi projects listed on the Cardano chain, and only four are active. Those being SundaeSwap, Minswap, MuesliSwap, and ADAX Pro, with SundaeSwap holding 72% dominance.

Input Output CEO Charles Hoskinson frequently dismisses the importance of price. During an AMA last year, Hoskinson said he couldn’t care less about price. Instead, his focus and priorities lie in development.

Even so, investors as a whole still look to price as a measure of performance. And in this respect, Cardano has been lacking.

The reason for poor price performance is puzzling, but it may be to do with Initial Stake Pool Offerings (ISPOs).

ISPOs are a fundraising mechanism enabling delegators to divert ADA staking rewards to a project building on Cardano. In return, the delegator will receive that project’s tokens as a reward, and the project has a pool of funding to pay for startup costs.

A Reddit user points out that the ISPO mechanism inadvertently adds to sell pressure, as new projects sell ADA to fund their operations. With that, depressed price action should be expected.

“So we went from being an ecosystem where everyone was staking and hodling, to an ecosystem trying to launch 60+ DeFi projects all on these same fundraising models; most projects in Cardano aren’t taking so much in traditional VC money but leveraging these fundraising mechanisms instead.”

If true, the current downtrend could be considered a teething period, which Cardano will emerge from once the new projects are up and running.

At the same time, breaking the downtrend depends on Bitcoin. On-chain BTC analysis by Kraken shows confidence is low and that we might already be in a bear market.

Either way, Cardano’s development, especially in Africa, and the new 2025 roadmap, shows Input Output intends to crack on regardless.