Weeks of testing are coming close to an end, with the last testnet rollover happening on schedule. 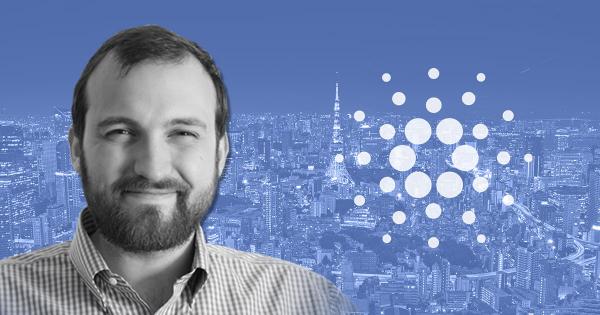 Cardano’s (ADA) creator Charles Hoskinson announced that the platform is ready for the last stage preceding the final launch of the full smart contract compatibility on the mainnet.

As the network steadily and without delay approaches the major upgrade completion, Hoskinson continues with regular updates, keeping the Cardano community in the loop about the Alonzo upgrade rollout.

“We had a meeting and it is a go,” said Hoskinson on Friday, announcing that the Input-Output Hong Kong (IOHK), a blockchain infrastructure research and engineering company behind the development of the proof-of-stake platform, is on track with the primary testnet set to roll over on September 1.

“All infrastructure looks green and go,” added Hoskinson, proud to announce that the dev team, still busy with wrapping up the final “cleanup” over the weekend, is sticking to the schedule with the public Alonzo testnet hard fork.

“Testnet will be in the Alonzo stage, this is not one of those specialty testnets like Purple and all these other testnets. This is the primary testnet that we use for exchanges and all other people and other things,” he said while elaborating on the public testnet hardfork.

Meanwhile, IOHK also announced submitting an upgrade proposal to the Cardano testnet to “hardfork the chain into the Alonzo era.”

❗? Today, we have just submitted an upgrade proposal to the #Cardano testnet to hardfork the chain into the #Alonzo era and enable smart contract capability. This will take effect within the next few hours. 1/5@CardanoStiftung @Cardano

This is “a major milestone and marks the final, critical stage prior to hard forking the Cardano mainnet, on target for 12 September,” said IOHK about the significant rollout taking place on the primary testnet and not Alonzo Purple that was launched earlier this month.

?? This is a major milestone and marks the final, critical stage prior to hard forking the #Cardano mainnet, on target for 12 September. $ADA

“Nearly there now. Onwards,” added IOHK, still identifying and fixing bugs to ensure network stability as the team continues wrapping up preparation for the next, and this time final, main Cardano network upgrade that will “usher in a transformative era of smart contracts capability.”

? Thanks to our dedicated team & colleagues for their incredible hard work. And to all the SPOs, Pioneers and development partners – and this whole amazing community – for bringing us to this point. Nearly there now. Onwards! #Cardano $ADA 5/5

As the team continues with the final checks and testing within a controlled environment, once the rollover on the Alonzo testnet is completed, it will remain there until the updated proposal is done on September 9, according to Hoskinson.

It’s going to be an “uneventful rollover,” he concluded, while superstitiously knocking on wood since the upgrade process unraveled without any major hiccups or delays.