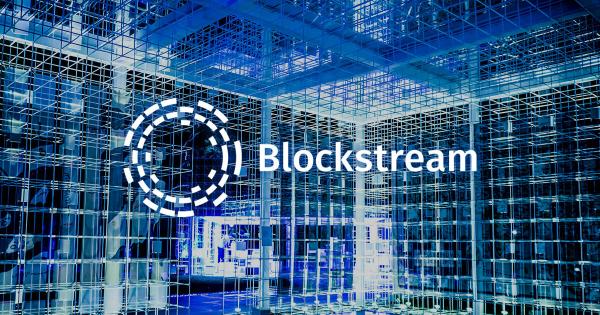 Photo by Kelvin Ang on Unsplash

The goal of BMN is to offer qualified investors outside of the U.S. a simpler way to allocate their capital in the Bitcoin mining sector. Each token will represent 2,000 terahashes per second—a metric used to quantify Bitcoin’s blockchain computational power—from Blockstream’s mining facilities.

Per the announcement, corresponding amounts of BTC will be mined for BMN and locked in cold wallets for three years. After that time passes, the rewards will be distributed between BMN holders accordingly. Blockstream plans to launch its BMN mining operations by July 9.

“Investors can more easily adjust their exposure to Bitcoin mining by trading the BMN on secondary markets,” Blockstream’s CEO Adam Back and CIO Chris Cook explained in the annoucement, adding, “It’s a win-win for investors and the broader network.”

Blockstream’s BMN security token offering will be launched on European investment marketplace STOKR. Each BMN will be priced at roughly €200,000 ($235,000), which is also the minimum investment for accredited participants. However, BMN will later be tradeable on secondary markets that don’t impose such restrictions on their users.

“The first €12.5 million (~$15 million) tranche is confirmed to go on sale on April 7th, 2021, with a 36-month term from the commencement of the BMN mining operations. The offering is open to non-US qualified investors with a minimum investment of approximately €200,000 (~$240,000), or the equivalent in Bitcoin (BTC), Liquid Bitcoin (L-BTC), or Tether (USDt),” Blockstream added.

"BMN will entitle its holders to hash rate produced by #Bitcoin miners at #BlockstreamMining colocation facilities around the globe. As a security token, $BMN is subject to certain regulatory requirements and provides investors with legal recourse and high-level transparency." ⛏️ https://t.co/n9HyuWFTpF

Bitcoin-focused entrepreneurs have a reason to rejoice. 2 min read

Due to the implementation of increasingly easy monetary policy into the repertoires of the world’s central banks, an “everything bubble” has formed over the past decade. 2 min read

Bitcoin storage and infrastructure firm Blockstream has made a significant upgrade to its ambitious satellite-centric Bitcoin node project, as per an official post earlier this week. 2 min read